I guess I got my work ethic from both my parents.  Mom was content to just get a job and do it, in a time and place where women working outside the home, and especially in a factory, were unusual.  Once Dad got a reliable factory job, with a regular salary – paid in cash, in an envelope, every week – he often looked for other minor ways to supplement income, whatever it took to support self and family.

Like me, he’d got some secondary education, but no concrete idea of what he wanted to do with his working life.  Out of school, he worked for a year at a flour mill, then a year in the lumber industry.  He trained as a butcher, and refused to eat any fowl for the rest of his life because of how messy they were to clean.

He worked as a grocery store clerk, as a taxi driver, and then as the taxi dispatcher.  He worked as a poolroom attendant.  Not exactly glamorous, but it paid the bills.  As I was growing up, he devised several ways to supplement income.

He organized a weekly Saturday night party/dance at the local Legion, and took it from a dozen drunks who didn’t want to go home to their wives, to a couple of hundred people dancing and being entertained.  He hired the little band and sang and told jokes and made public service announcements.  It gave him and Mom a social night out, and put a few dollars into the family coffers.

He talked a printer into running him some advertising sheets for “SMITTY’S CARWASH”, and put them on posts on Main Street, and down near the beach, in the tourist area.  I could be mowing the lawn or eating lunch, and someone would roll into our driveway.  A rag, a bucket of hot soapy water, and the garden hose, and ten minutes later they had a shiny car. 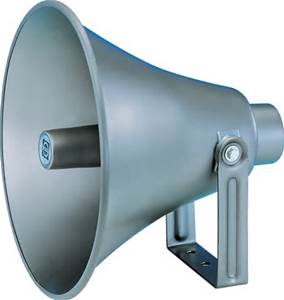 Another “Remember When” thing that he/we did, that no longer occurs because it’s been outlawed almost everywhere, was mobile public broadcasting.  He got a pair of speaker horns, attached to a sheet of plywood. We would wrestle them up, and attach them to a roof rack on a little British, Vauxhall station-wagon.   A feed cord ran from them to an amplifier in the back.  Power was supplied by a charged auto battery via a cord with alligator clips, because cars didn’t have cigarette lighters.

From when I was about 10, to 14, after I helped him set it up, I would ride with him.  He would drive, and speak into a mike.  Do one block, move to the next, and blast out the same announcement.  Up one street, and down the next, then back and forth across the town.

This was a summertime activity only, for when people were outside their non-air-conditioned houses, or the windows and doors were wide open.  There never seemed to be any dearth of clients – the town was holding a Bingo on the lawn beside the Town Hall – the Softball League had a playoff game – the Anglican Church was holding a pancake supper – the local snake-oil salesman was having a sale at his appliance store – somebody had brought Donkey Baseball to the local park – the Ladies’ Auxiliary was touting their Fish and Chips supper at the Masons’ Lodge – the circus was coming to town.

When I entered my teens, one day my Dad suggested that I take up the mike, and broadcast the spiel.  It would have been much easier for him not to have had to drive one-handed, and be able to concentrate on the road, but I was still a shy little nerd with a squeaky voice.  By the time my voice deepened a bit, and I had taken public-speaking training for assertive projection, times had changed.

This was the stone-age equivalent of social media – just without the internet, but people were waking up to the idea that they didn’t have to put up with things like spam noise pollution.  Churches in town were told to stop ringing their bells, because the faithful now had clocks, and knew when to come to worship.

The one church which had already removed its clanging bell, had replaced it with speakers on all four faces of the tower, and used them to blare out the chimes from their new electronic organ, and the entire service.  It was right across the street from a large Bed and Breakfast, as well as a 9-unit Inn.  The guests, and their hosts, strongly protested that they had the expectation of peace and quiet.

My father sold the amp and speakers.  The churches kept their bells quiet and their sermons indoors, and technology continued to create newer and better (?) ways to get the word out.  Now, if we can just pry the word out of the cell-phone-addicts’ ears.   😕

11 thoughts on “Getting The Word Out”