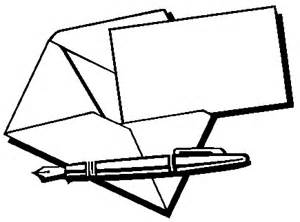 During the recent Canadian Federal Election campaign, which threatened to become as long and strange as the American one, a failed municipal politician with very Liberal leanings had the following rant/letter about the Conservative Prime Minister published in the local paper.

I’m no fan of Stephen Harper. No surprise there.  But not withstanding my political leanings, I am deep disturbed that he is, by accounts, a five-question leader.

On a daily basis he has been limiting questions from the national media to four, and one from local media, with no follow-ups. I am unaware of any such limits by the other party leaders.

We are in the middle of a profoundly critical debate about Canada’s future, so we need to hear clear answers to the most difficult questions that face our country. But the person who wants us to continue to support him for four years is limiting reporters to a mere five questions a day.

My conclusions may be ungenerous, but I would call this hiding. Personally, I don’t think any of our leaders should be hiding behind arbitrary rules that limit our ability to ask tough questions of them every day of the campaign, and have them answer them thoroughly and comprehensively, so as to be transparent and accountable.

Perhaps, just perhaps, this limit of five is the most telling indicator of how accountable Harper really is and is prepared to be. Maybe not.

Fortunately, a fresh shipment of snark had just arrived here at Grumps R Us, and I was able to provide him with the following.

In his, A Questionable Tactic letter of Oct. 14, John Ryrie may have missed a point because, like me, he’s an old fogy.

Today’s banal public media circus is all too full of inconsequential 140 character Kardashian Tweets and Instagram photos of someone’s lunch of baked beans.

By limiting the media to five questions, Harper is forcing them to focus and do their job.  They have to plan ahead and ask incisive questions, more relevant than, “What color socks are you wearing?” or, “Are you betting on the Blue Jays?”

Five serious questions per day should be enough.  This allows him to get on with the important job of governing the country, rather than stopping to feed the Info-tainment industry.

Things get strange during an election campaign, as the Americans continue to learn.  Media reporters, and Liberal opponents, feel they can just stop the Prime Minister and pump him for information so they can direct their counterattack.  He’s got two jobs.  One is to run a campaign.  The other is to run the country – until he was defeated (Sadly, in my opinion.)

Perhaps the other party leaders have the free time to kibitz with reporters.  That’s what the P.M.’s Media Office, and press releases are for.  I can hardly imagine, “President Obama, will we be bombing Palmyra?” or, “Pope Francis, are you going to sanctify gay marriage?”

Have you Americans got some odd election occurrences you’d like to make us Canucks aware of?