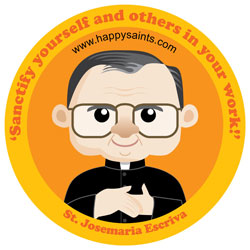 I recently came upon a totally-expected Christmas-time rant from a ‘good Catholic’. It opened with the question, “after all, aren’t these Holidays solely and specifically about the birth of Jesus Christ?”

I commented: “In a word, NO! While it might be the most important for you – the Muslims celebrate Ramadan, the Jews have Chanukah, the Wiccans observe Solstice, the blacks celebrate Kwanzaa, Pagans have Yule, Hindus observe Diwali, Japanese have Bonen Kai….. and many more, all at the end of the year. Do as Christ would, and include them all, not with a bragging, exclusionary Merry Christmas, but with a ‘Happy Holidays’ to one and all.”

I got back: “This is exactly what I mean… There has never been a time anywhere except in the last 10 years where people like you, have imbibed this political correctness crap and pretend that this season is anything but Christmas in countries which have a strong Christian heritage. So get back to work and Merry Christmas.

He was railing about the use of the inclusive ‘Happy Holidays’, instead of his exclusionary favorite, ‘Merry Christmas.’ He seemed most piqued about Muslims, and their growing acceptance in the USA.  (but not Islamic religious terms of course, those are acceptable). Well, we will have none of that in our household!

Ignoring the fact that I had just shown him that dozens of cultures and religions have some sort of year-end celebration, he was convinced that none but the anointed Christians should partake. “you should tell them that they should stop benefitting from this holiday and be made to go to work instead. Perhaps if they are to be totally honest with themselves, they should also shun the revelry that goes with it, but out of the Christmas spirit, do so after, perhaps during lent when you’re fasting.”

A subsequent reply to my comment from another of his narrow-minded regulars asked, “How is it exclusionary?  I say Merry Christmas to my Jewish landlady, and she doesn’t mind.”

You may think that yours is the Rolls-Royce of religions, but you don’t include anyone by insisting that they share a ride in it to YOUR CHURCH.  Exclusion is not allowing me to drive my crappy Chevy to my religious services – or to none at all.

I know there are worse examples of religious intolerance, but I don’t know how to access ISIS or Boko Haram’s websites. I think that there are many, I hope a majority of, Christians and Catholics who are more loving and acceptant than this.

His snotty reply incited me to publish yet another example of narrow-minded entitlement. He must have smelled me coming.  When I tried to access his site to copy quotes, I found that he had deleted my comment and his reply, and turned off all comments – but we know that NOTHING is ever really erased from the internet, don’t we?

If you’d like a look at the original, click here https://astrugglingdad.wordpress.com/2015/12/23/merry-christmas-there-i-said-it/comment-page-1/#comment-883 .  Take backup, and don’t say I didn’t warn you.

Happy Holidays to each and every one of you, whichever Holiday you wish to celebrate. Bah, Humbug to Bob Cratchit Catholic, and all his head-in-the-sand, Trump-supporting buddies.