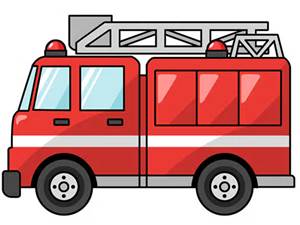 A blonde calls the fire department and yells,
“Help me, help me, my house is on fire!”

The chief replies, “Ok, how do we get there?”

An English professor wrote the words,
“woman without her man is a savage”
on the blackboard and directed his
students to punctuate it correctly.

The men wrote:
“Woman, without her man, is a savage.”

The women wrote:
“Woman: Without her, man is a savage.”

One day, Bill and Hillary went out to dinner.
The waiter asked Hillary what she wanted. She said,
“I’ll have the steak, well done, potato, chicken
soup…” the waiter asked, “what about the vegetable?”

According to my calculations, the problem
doesn’t exist.

It has just been discovered that research causes
cancer in rats.

She tripped over a cordless phone…

A guy walks into a bar – and says ouch!

Two blondes walk into a bar.
You’d think the second one would have noticed.

An economist is an expert who will know tomorrow
why the things he predicted yesterday didn’t
happen today.

An old man is on a park bench, crying. A concerned
pedestrian enquires, “Why are you crying?”
Old man: “I just celebrated my 85th birthday,
and I got married yesterday to an 18 year old
nymphomaniac blonde beauty who is all a man
could ask for”.

Pedestrian: “Then why are you crying?”
Old man: “I don’t remember where I live.”

A lady came up to me on the street and pointed at
my suede jacket. ‘You know a cow was murdered for
that jacket?’ she sneered. I replied in a
psychotic tone, ‘I didn’t know there were any
witnesses. Now I’ll have to kill you too.”

Two hydrogen atoms walk into a bar.
One says, “I think I’ve lost an electron.”

The other says, “Are you sure?”

A neutron walks into a bar, and asks the bartender,
“How much for a rye and coke?”

The bartender replies, “For you, no charge.”