As an OCD Word Nazi, I appreciate precision in all things, but especially in written and spoken English usage. I used to delight in watching the British comic, Benny Hill, not merely because he was a king of slapstick comedy, but because of his consummate control of language while doing it.

A character with a funny accent could refer to the crime of man’s laughter, instead of manslaughter.  A skit might show an incorrectly hung sign for

when it was really Doctor Johnson, Therapist.

I once had an aunt who was the epitome of imprecision. She often started conversations in the middle and worked toward each end, usually not reaching either.  It was common for her to toss out the likes of, “We went over to see him, but, of course, they weren’t home.  He wanted to go down there, but I said it was too late.  We walked to it, but I was right; it was Tuesday.”

(I hope)There was a lot going on inside her head that didn’t leak out through her mouth. I know there was a lot of alcohol involved, on both sides.  She was a ‘Lady’, and Ladies didn’t ‘drink’, although she wouldn’t refuse 6 or 8 medicinal toddies in an afternoon – or evening.  I often wondered if my Mother’s brother understood what she was talking about, or even cared. 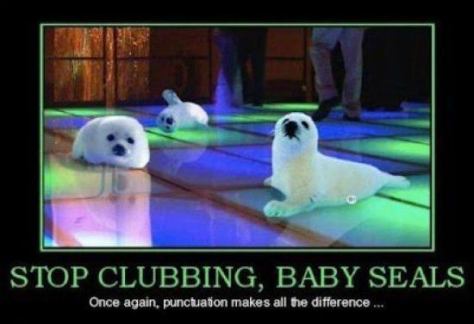 In the comments thread beneath, Polly Pedantic immediately struck like a stooping hawk. “Don’t you mean more nearly correct?”  No dear, they don’t!  If she’d paid a little more attention to both the article, and her own comment, she’d have seen that.

‘Nearly correct’ means incorrect, and the article plainly said that each was correct, only one more often accepted than the other.  It even gave rare examples of ‘different as’, and ‘different to.’

One single recent newspaper almost had me in tears. The headline read, ’Two youths killed when car sideswipes power pole.”  And there was the photo.  The car was wrapped around the pole in a C-shape, or a U, so, the writer doesn’t understand ‘sideswipe.’

The pole holds up a streetlight, and a traffic light, but there are no electrical wires attached to it. It’s a light standard, so the writer also doesn’t understand ‘power pole.’  The lone survivor was ejected through a rear window, which means he wasn’t wearing a seatbelt, in contravention of the clearly-written Highway Traffic Act.  Stupidity, and lack of comprehension, carries the death penalty.

The next article spoke of ten intersections that would be closed for work on the new street railroad. They included King Street at Breithaupt, and King Street at Moore Ave.  This is where I worked for almost 20 years.  It’s only one location, another of Kitchener’s fabled K-intersections.  Two side streets each approach the main drag from opposing 45° angles.  Actually, Breithaupt runs into Moore, behind the McDonald’s, and only Moore reaches King.  Ten intersections closed??  I can’t count on precision.

Then, on to the crossword, where the clue was ‘clammering up.’ Hmm??  Do they mean ‘clamoring,’ or ‘clambering?’  Apparently it was clambering, because the solution was ‘shinning,’ but clambering doesn’t mean shinning, in the same way that trotting does not mean galloping.

It’s only a little bit off??  I am bent on seeing this drivel – by which, I precisely mean that the sight of it doubles me up. Gaakk   😳