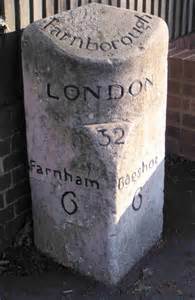 The first Flash Fiction I wrote, I did so as a challenge by my blog-friend, BrainRants, who had tried it. The blog-post of Rochelle’s that I accessed was not a F.F., and the photo I downloaded was that of her Grandmother, which I used to write a [pioneering story.]

That first one was 101 words, just to prove that I could do it. Every one since has been exactly 100 words.  It, and a few of its followers, I did just for personal satisfaction, and to extend my stat numbers.  I soon learned how to LinkIn, and joined the group.  Christmas/ New Years -2014/15, Rochelle didn’t post a prompt photo, but I felt a surge of creativity, and used one of my own photos, of a double rainbow, to write a [Sci-Fi short story] that didn’t get linked.

Inspiration does not strike every week, but number 100 is just over two years from my first. Along the way, I’ve read some interesting stories, and met some creative writers and nice folks.  Thanx, to Rochelle and the rest of you for having me along.  This week’s submission follows. 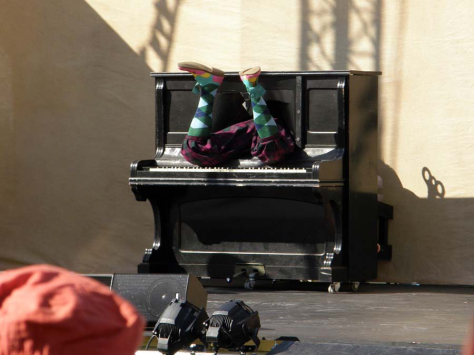 There was something strange about this piano. He’d got it for a song.  A classical pianist had used it for practice, but had mysteriously disappeared.

He had tried to play upbeat lilts, but they always seemed to come out sedate and serious.

Today, while playing for the kids, in his Happy the Clown show, he had reached up to turn the page, and somehow caught his hand. When he reached up to free it, his other hand got tangled….  and he’d ended up – where??

How could he be inside a piano??  And who was this old guy with the tuxedo??!

Here’s what he was playing, on YouTube ‘circus march piano’