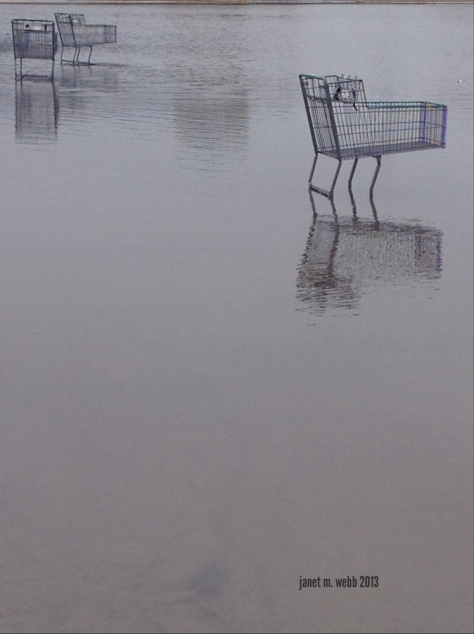 Wow, where did this parking-lot puddle….uh, lake come from?? We haven’t had rain in weeks.

We had a big power failure here yesterday, caused by everybody running their air conditioners in this heat wave. Lasted for hours.

You know the big party store at the end of the mall? The one who claims he’s got tons of ice for your drinks?  After a couple of hours, his dead freezer started to leak.  He was yelling at people to take away as much ice for free, as they wanted.  Three guys with cartfuls, got that far, in the sun.