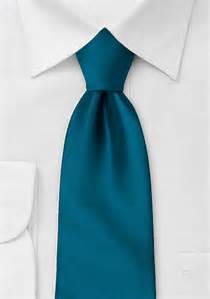 In a hot desert country not long ago, a shopkeeper set up his stall. The man sold ties. He had ties of every variety: thin ones, wide ones, ones with stripes, others with polka dots.

The traveler said, “I’ve been traveling across the desert and I’m dying of thirst. Do you have any water?”

The shopkeeper said, “Sorry, I don’t have any water. I’m out of water, but would you like to buy a tie. I have wide ones, thin ones, stripes and ones with dots.”

“I don’t have water but there’s a village about a mile away, and I know it has a restaurant.” So, he sent the thirsty man away.

About an hour later the shopkeeper sees another dust cloud on the horizon. It’s the same thirsty man crawling on his hands and knees.

The shopkeeper asks, “Couldn’t you find the restaurant?”

The thirsty man sighs. “The restaurant wouldn’t let me in without a tie.”

Jokes you can bank on.

Q: How many bankers does it take to change a lightbulb? A: Four. One to hold the bulb, and three to try to remember the combination.

Did you hear the one about the bank where the employees went on strike, leaving the bank officers to do the teller’s tasks?

While the strike was on, a customer called the bank to ask if they were open. They told her that they had two windows open.

Then the caller asked, “Can’t I just come through the front door?”

According to the latest reports, a major banking crisis is imminent in Japan.

The crisis began last week following news that Origami Bank had folded.  Now we are hearing that Sumo Bank has gone belly up and Bonsai Bank is planning to cut back some of its branches.

Rumor has it that Karaoke Bank is up for sale and could be had for a song.

During trading today shares in Kamikaze Bank nose-dived. Latest reports say that 500 back-office staff are on the chopping block at Karate Bank.

Further analysts have reported that there is something fishy going on at Sushi Bank –staff fear they may be in for a raw deal.

Thought for the Week

“A banker is a fellow who lends you his umbrella when the sun is shining and wants it back the minute it begins to rain.”  ~ attributed to both Mark Twain and Robert Frost