I want to discuss my ancestors, but the above title is a lie. Upstairs/Downstairs was a British TV series dealing with the various goings-on of the upper-crust, upper-floor rich folk in a mansion, and the serving class below them, both physically and socially, who provided their every whim and wish.

My forebears didn’t live in no stinkin’ mansion, making tea, and cucumber sandwiches for effete dilettantes.   My folks have been industrious, productive people for hundreds of years.  They were ‘blue-collar’ long before blue collars existed.  A more accurate title might be Manor-House/Mill-house – and never the twain shall meet.

My father’s name (and mine) was Smith.  His progenitors originally were productive German artisans named Schmied.  Over many years, the name changed to Schmidt, and was carried to the newly-born United States of America by a Hessian mercenary, paid by the British.  After another hundred years, it got Anglicized to Smith.

Smith is a proud name, and a proud profession. It originally meant, one who produces, makes or manufactures something. Then the language changed so that it meant, a worker in metal.  Finally, the meaning narrowed to just the blacksmith, who pounds hot iron and steel.

I like to think of myself as a wordsmith.  I received blacksmith training in my high school shop class.  (Yes, I lived that far out in the sticks, and back in the mists of time.)  Blacksmith is making a comeback, both through the custom knife and sword makers, and artisans who supply millennial hipsters with hand-made gate latches, coat-racks, porch rails and coffee tables.

My mother’s side of the family supplied the name Stewart.  This is a Scottish name from the English word steward, meaning, one who takes take of something.  The spelling of this name also slipped a bit, to Stuart, and a branch of the clan became the Royal Stuarts, ruling, and ‘taking care of’, Scotland.

Before he emigrated from Glasgow to Canada, my maternal grandfather became the ‘Keeper of the Tartans’ at the fabric mill where he worked. He was the steward of the patterns of the plaids which clothed a good portion of the country. 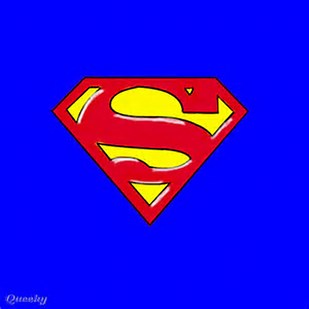 All in all, I think maybe this is the S that I should have chosen for this post.  I’m impressed with my family history.  How about you?  😎