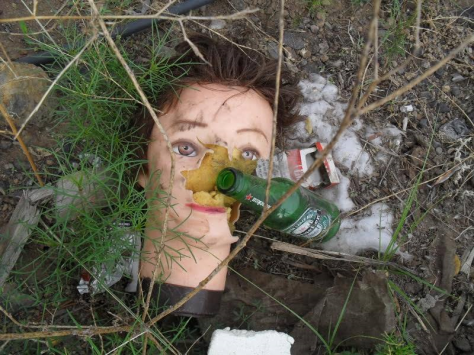 Johan was the most disorganized, forgetful person I’d ever met.  Instead of putting things where they belonged, and knowing where they were, he just dropped them….wherever, and spent his days saying things like;
“I wonder where I set my beer down.”
“Has anybody seen my smokes?”
“I have to leave soon.  Somebody help me find my keys.”

After locating his glasses for him – 8 times, today – I suggested that he arrange his life a little more carefully.  He agreed that it was a good idea.  “Honestly, sometimes I think I’d forget my own head if it wasn’t screwed on tight.”