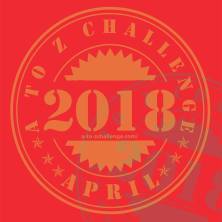 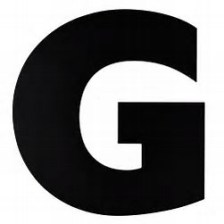 For the letter G, I want to take you from Sheep to Socks, through

In my Rapunzel post, I told of my daughter, who is a spinster – literally a woman who spins yarns.  While she also does it with cotton, bamboo, milkweed silk, dog fur, angora, llama and other, more exotic fibers, she most often spins wool.  There’s a lot more to it than just spinning, so I thought I’d show you some of the gadgets necessary to get from a naked ewe, to a well-clad me. 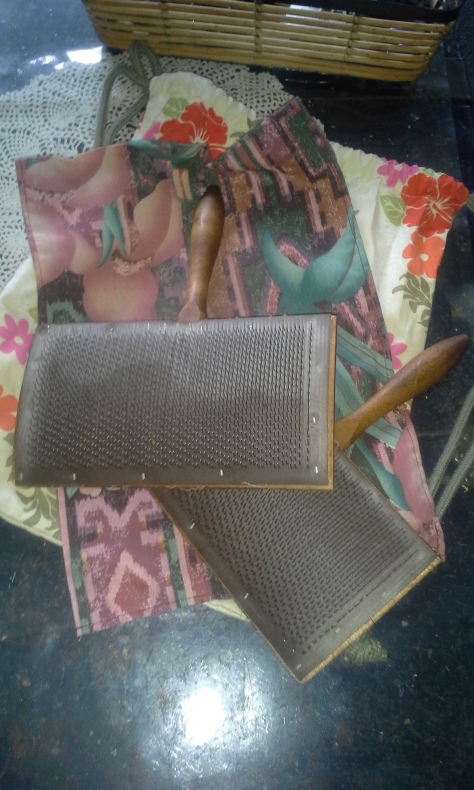 Most sheared fleece the daughter obtains, has already been washed.  If not, she has to soak it clean to remove dust, dirt, and the natural lanolin.  The above picture is of two hand carders.  Like giant, curved brushes, handfuls of the raw wool are placed on one of them, and then ‘combed,’ to align all the fibers.  Hand-carding is a long, tedious operation.  She also has a hand-cranked drum-carder, but needs the moved-away grandson, to run it.  Usually she just purchases ‘roving,’ which is a commercially produced, loose, fluffy rope of fiber, already for spinning. 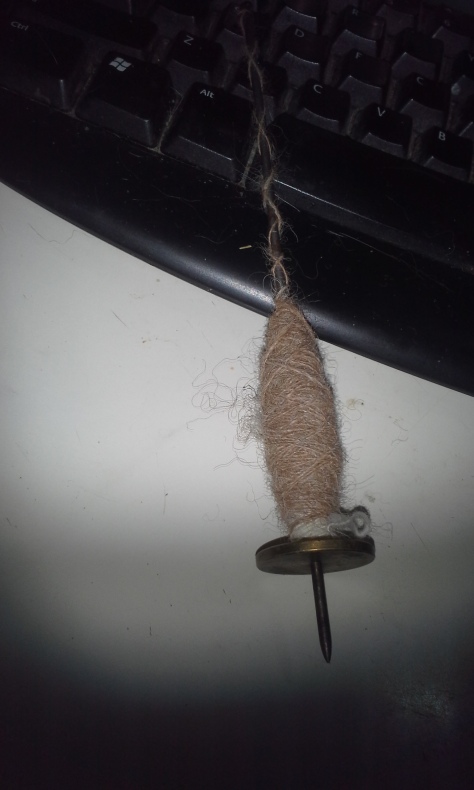 This is a drop-spindle.  Hung vertically, and brushed against the leg to rotate it, the yarn grows ‘up’ until it’s wound onto the spindle to hold it, and the process is repeated.  This one is fairly small, for producing delicate yarns.  Depending on the size, these can produce anything from the finest yarn, up to ships’ ropes. 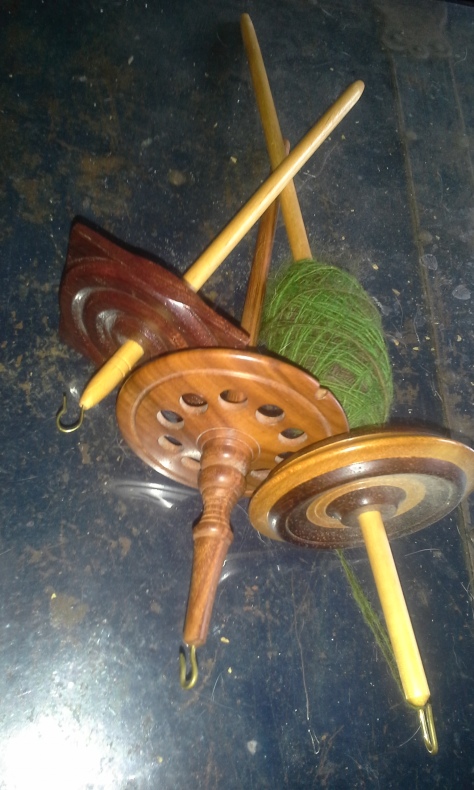 These are slightly larger drop-spindles for heavier yarns, one wound with thread the daughter has already produced.  These are all commercially made, but the daughter has several that she built herself from readily available household items. 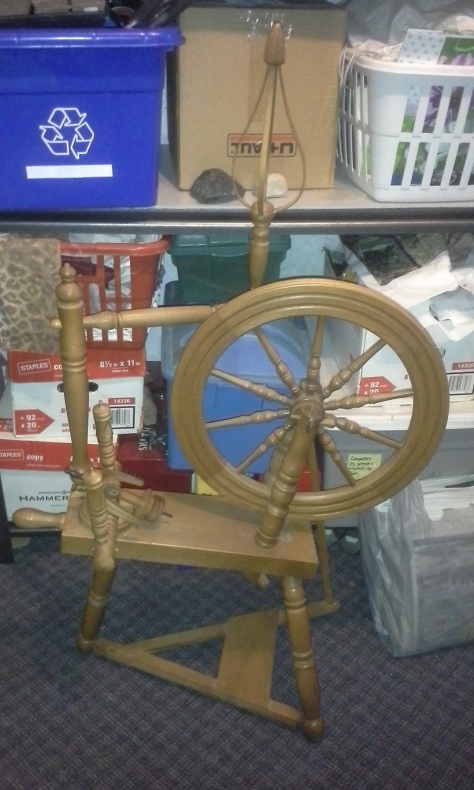 This is the smaller one of the daughter’s spinning wheels.  Her larger, better one has two foot treadles, to prevent a sore, tired leg from pumping with just one foot.  Through gear-ratio, the large wheel rotates the small spindle quite quickly, and the thread/yarn flows off as fast as the spinner can keep up. 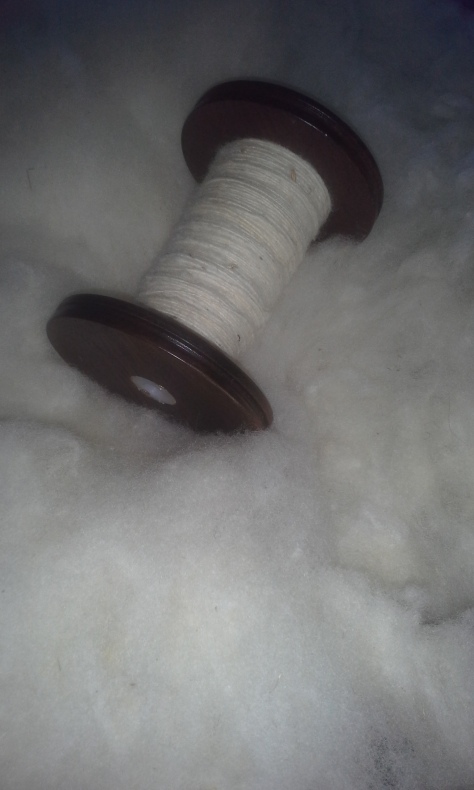 This little storage bobbin hangs off the side of the spinning wheel.  As the loose yarn accumulates, it can be temporarily wound on here, until the batch is finished. 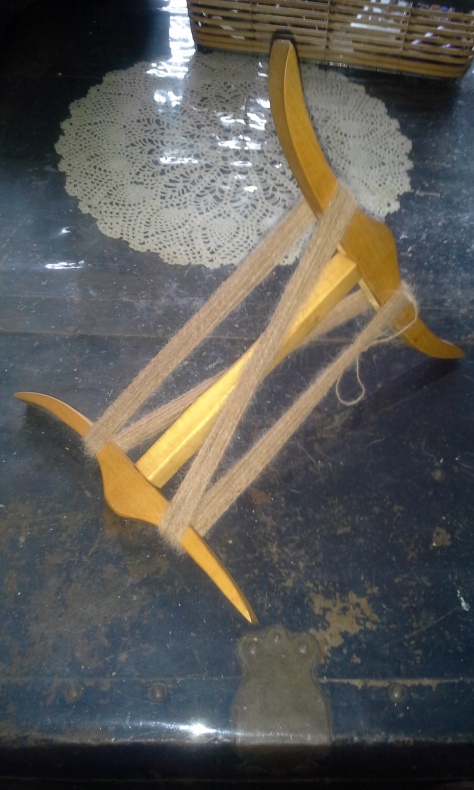 This is called a Knitty-Knotty.  The finished yarn is wound on from the bobbin, up-down, back and forth, then slipped off as a skein.  A loose skein of yarn is not handy to knit from.  The yarn can tangle, or it can fall to the floor. 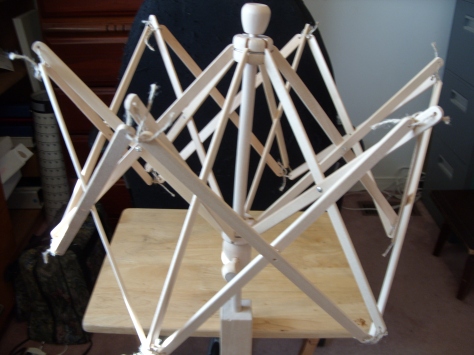 This gadget is known as a swift.  A skein can be held in the Vee of the center.  The shaft slides up and down to change its spread, and match the circumference of any skein.  You may notice that all these gadgets are made of wood.  Spinners and craftsmen developed and built their ancestors from wood, long before metal crafting became cheap and commonly possible, so there has been little reason to change what works in wood, into metal.  Steel/aluminum swifts are available, but they are not as inexpensive, tend to jam or tear yarn, and fall apart sooner. 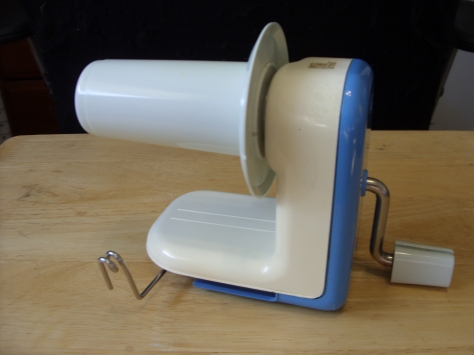 At this point, the daughter’s yarn reels off the wife’s swift, and goes onto her winder, to produce a small, firm, easy to find and control ball, that will sit on her lap, or drop into a knitting bag.  This is about the only gadget which has successfully been fabricated from plastic and metal.  Like a little sewing machine, the wire arm shuttles back and forth, to produce that round, even ball. 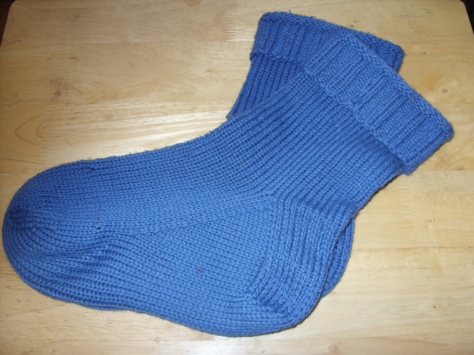 The daughter knits a variety of things.  Her hand-spun yarns and knitted items can be viewed online at http://www.facebook.com/frogpondcollective .  In the past, the wife has also knitted a wide range of clothing items, but now concentrates on custom-fitted socks.  Non-elastic socks don’t ‘fit all.’  She makes them for the daughter, our son, the grandson and now his fiancée.  The above pair were lovingly crafted for me, when it became apparent that my aging body couldn’t pump enough blood to my feet at night to keep them warm enough so that I could sleep.

In last year’s A To Z Challenge – K I included information about Herbert, Lord Kitchener, for whom this city is now named.  While not a very nice man, he did accomplish one nice thing.  Hand-knit socks, the only kind available back then, were basically tubes.  The toes were sewn closed, leaving a protruding, rough ridge on the inside.

Kitchener found that, after marching his men for hundreds of miles, their toes were raw and bloody, and the men would refuse to march further, or be unable to manoeuvre when needed.  He went to some women who knitted socks, explained the problem, and asked if there was a solution.  At least one of them said that there was, and explained it to him (or his aide.)

Without being able to knit a stitch himself, he is given credit for “The Kitchener Stitch,” which is not really a stitch, but rather, a type of grafting, or weaving, which closes the ends of socks smoothly.  Of course, the wife knows all about it, and uses it on every pair she knits.

Th-th-that’s all folks – for this time.  I hope to see your electronic footprints back here soon.  They could even be in a special pair of socks if you play your cards right.  😀