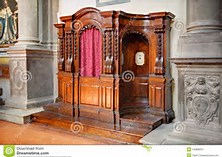 ”How about you?” He asks the middle-aged couple. ”It was hard, but we didn’t have sex for the whole month,” they respond.

”And how about you two?” He asks the young couple.  ”No, we couldn’t do it,” responds the boyfriend.  ”Tell me why,” says the priest. ”Well my girlfriend had a can of corn in her hand and she accidentally dropped it. She bent over to pick it up and that’s when it happened. ”The priest then tells them, “You’re not welcome in my church.” ”We’re not welcome in the supermarket either.” says the boyfriend.

Two Syrian refugees compete to see who can become the most ‘American’ in three weeks.  After three weeks the Syrians meet again at a McDonalds. The first Syrian makes his case for him being more American by saying: “Every day I have taken my son to softball practice and my daughter to ballet. I just purchased my first car and it is a Chevy El Camino. I’ve recently started listening to Toby Keith and Lynyrd Skynyrd and my favorite football team is the Dallas Cowboys. Beat that!” The other Syrian simply replies with: “Get out of my country, you fucking towelhead.”

Yesterday I had an appointment to see the urologist for a prostate exam. Of course I was a bit on edge because all my friends have either gone under the knife or had those pellets implanted

The waiting room was filled with patients.

As I approached the receptionist’s desk, I noticed that she was a large unfriendly woman who looked like a Sumo wrestler.

I gave her my name, and in a very loud voice, she said,

“YES, I HAVE YOUR NAME HERE. YOU WANT TO SEE THE DOCTOR ABOUT IMPOTENCE, RIGHT?

All the patients in the waiting room snapped their heads around to look at me, a now very embarrassed man. But as usual, I recovered quickly, and in an equally loud voice replied,

“NO, I’VE COME TO INQUIRE ABOUT A SEX CHANGE OPERATION, BUT I DON’T WANT THE SAME DOCTOR THAT DID YOURS.”

The room erupted in applause!

For all the ladies who have to drive alone….

“I had a flat tire on the highway yesterday; so, I pulled over, got out of the car and opened my trunk.

I took out my cardboard men, unfolded them and stood them at the rear of my car facing oncoming traffic. They look so lifelike you wouldn’t believe it!

Just as I had hoped, cars started slowing down looking at the men, which made it much safer for me to work on the side of the road.

People honked and waved, and it wasn’t long before a police car pulled up behind me.

I couldn’t believe he didn’t know! So I told him …

Well, I explained to the angry Policeman …

I go to court next week.

(Damn Police. No sense of humor.)