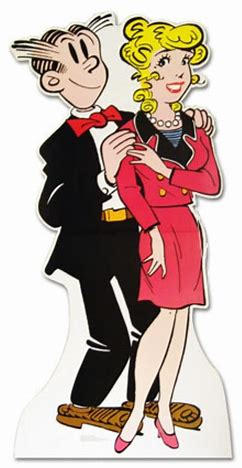 Two blondes are in Heaven….
One blonde says to the other, “How did you die?”  ”I froze to death.” says the second.  ”That’s awful” says the first blonde. “How does it feel to freeze to death?” ”It’s very uncomfortable at first,” says the second blonde. “You get the shakes, and you get pains in all your fingers and toes. But eventually, it’s a very calm way to go. You get numb and you kind of drift off, as if you’re sleeping.”  ”How about you, how did you die?” asked the second blonde.

”I had a heart attack,” says the first blonde. “You see, I knew my husband was cheating on me, so one day I showed up at home unexpectedly. I ran up to the bedroom, and found him alone watching TV. I ran to the basement, but no one was hiding there. I ran to the second floor, but no one was hiding there either. I ran as fast as I could to the attic, and just as I got there, I had a massive heart attack and died.
The second blonde shakes her head. “What a pity … if only you had looked in the freezer, we’d both still be alive.”

Two blondes are filling up at a gas station and the first blonde says to the second, “I bet these awful fuel prices are going to go even higher.”

The executive was interviewing a young blonde for a position in his company. He wanted to find out something about her personality so he asked, “If you could have a conversation with any person, living or dead, who would that be?”

The blonde quickly responded, “The living one.”

There was a competition between a team of blondes and a team of brunettes to see who could catch the most fish ice fishing.

Once the contest started, it was clear that the brunettes were going to win — they kept pulling out fish after fish.

Soon, the blondes got worried and sent over one of their team to see what the brunettes were doing differently.

A few minutes later, the blonde comes running back.

A blonde was at her divorce lawyer’s.  Almost screaming, she was insisting, “He’s not going to get that!  I’m keeping this!  He’s going to have to pay for that!  He’ll have to support me for this!”

Taken aback, the lawyer asks if she has a grudge for her husband.

She responds, “We don’t even have a car-port.”

6 thoughts on “Dagwood And…. Whatzername”