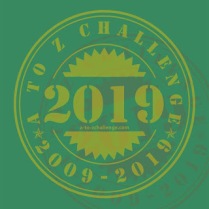 All right everyone, put down your Magic Potions texts, grab your Butter Beer, and we’re off to visit Harry Potter’s friends

a person, now especially a woman, who professes or is supposed to practice magic or sorcery; a sorceress. Compare warlock
a woman who is supposed to have evil or wicked magical powers:

a person who practices magic; magician or sorcerer.
a conjurer or juggler.

Also whiz, wiz. a person of amazing skill or accomplishment:

a man who professes or is supposed to practice magic or sorcery; a male witch; sorcerer.

a fortuneteller or conjurer.

a two-legged winged dragon having the hinder part of a serpent with a barbed tail.

It is one of the vagaries of the English language, that many of the things in Harry Potter’s world begin with the letter W. Aside from the examples above, there are also his magic Wand, his friends and support, the Weasley family – whose forebears came from the village of Westleigh – one of whom, Ginny, (Virginia) became his wife.

Want to know what I’ve dreamed up for the letter X?? You’ll have to wing back over in a couple of weeks. Don’t make me get out my Attraction Spells scroll. 😉 😀

Last year, for my Q for quilts challenge post, I showed a picture of the winner in the local Mennonite Relief Auction.  While complex and impressive, I much prefer the recently announced winner of this year’s contest. I like bold blues and geometric shapes, and this one has both.  It’s called Fire Island Hosta Queen.  Here’s a picture of it – do you like it too?