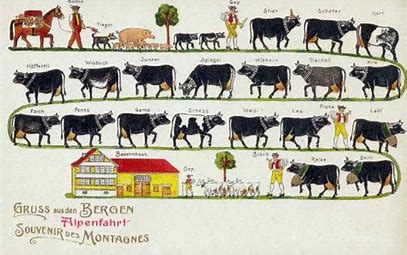 Here’s another in a long line of words that you’ll never use in polite company – or in any company, I would imagine.

Languages that are written in the Greek, Cyrillic, or Latin alphabets, are written from left to right. It only makes sense. 90% of people are right-handed, and the right arm moves away from what is being written. Asian languages like Chinese and Japanese are written from the top down, vertically. At least they’re getting out of their own way.

Forgive me for being un-PC, but languages like Hebrew and Arabic are just stupid. Both cultures – Arabs worse than Jews – make a big deal about being left-handed. Somehow it’s evil, allied to Shaitan, The Devil. Yet these languages are written from right to left. It’s only in the last 75 years that technology has partly rescued them, with instant-drying ballpoint ink, and word processors. Before that, writers’ arms covered what had just been written, smudging or smearing the pen or quill ink. 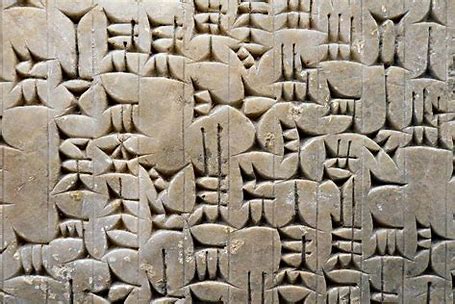 Boustrophedon is a Greek name for some of the much earlier Sumerian and Akkadian cuneiform type of ‘writing.’   This was just wedge-shaped marks, pushed into soft clay tablets. Back and forth – to and fro. Since there was no ink to smudge, a line would be entered from left to right. Then the writer would just drop down a line, and enter the next one from right to left.

The word originally just referred to that form of writing, but the meaning, in Greek, is “oxen turning.” Nowadays, the very few times that it is used, (always by a licensed professional) it can refer to things like the back-and-forth pattern of tweed, or the appearance of an agricultural field which has been plowed – fortunately, with tractors, not oxen – back and forth, up and down, leaving a visual difference between alternating rows or strips.