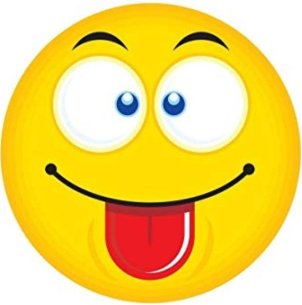 The lights are on, but there’s nobody home.
The wheel isn’t turning. The hamster is dead.

Once upon a time, on a sunny September afternoon in 1958, I sat in a high school English class. We were studying Shakespeare’s ‘Merchant of Venice.’ The teacher had just read a passage, which included the phrase, “By dark and divers ways.”

The SCUBA diving system was a relatively recent invention, having only been patented by Jacques Cousteau 15 years earlier, in 1943. Suddenly, Biff, the class jock who sat in the row next to me, put up his hand. “Uh, Mr. Johnson, are they talking about guys who jump off cliffs, or that new SCUBA thingy?”

Mr. Johnson is bewildered. As far as he knew, we hadn’t been talking about people throwing themselves off cliffs – and he had no idea what a “SCUBA thingy” was. As he was stammering for a reply, I hissed at Biff, “Put an E on the end of it!”
“Whuh??
No talking in class!
Well, I was in it now. Might as well be hung for a sheep, as a lamb. “Put an E on the end of it!”
“Uh…. Edivers??”
That’s right Biff; there are two ends to a word. Only you would pick the wrong one. Now there were at least two confused people in the room.

“What’s going on back there?”

I stood up. I’m sorry Mr. Johnson. Biff saw the word ‘divers,’ and wondered if Shakespeare was talking about people who dive off things like cliffs, or if he was referring to the new mechanical system which allows people to be SCUBA divers, and breathe underwater, even though it didn’t exist 400 years ago.

We just came here from French class, where the French word ‘divers’ (dee-vare) means of many types, different, various. I was trying to tell Biff to add an E at the end, to produce the English word, ‘diverse.’

This led Mr. Johnson on a spirited lecture about the origin and changes to many English words, and got me off the hook. Biff probably went on to fame and fortune, and a football scholarship, while I can only define the word ‘obscure.’ He was regularly outwitted by the tackling dummy, and needed a handler to tie his shoes, ‘cause Velcro hadn’t been invented yet.

12 thoughts on “Why They Don’t Speak English”