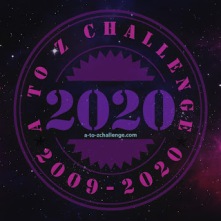 I recently told a reader that I spoke/wrote all my Scottish Gaelic in English.  I told another that I did the same thing with the Spanish that he contributed.  It seems so simple, yet it’s harder than it seems, because there is no English language.  Every word in the language came from somewhere – everywhere – else.

The English language imports words from other languages wholesale, and then claims them as its own.  Some words are ‘naturalized’ – accepted and commonly used – more, and more quickly than others.  Then there are words that only pretentious word–nuts (with the accent on Nuts) like me, are even aware of, much less occasionally use.  This brings us to today’s (and yesteryear’s) social-commentary word

Its meaning in the original German was, not clear where.  It came into English with the more substantial, definitive meaning of know not where.  In almost two-hundred years, I’m sure it must have been used a few times.  It was dragged, kicking and screaming, into English in 1833 by the British writer, Thomas Carlyle.  It was made famous – or infamous – by its use in his Latin-titled book, Sartor Resartus.

Even back then, he used it to describe a First-World problem.  World cities, especially those in Europe, were losing their visual culture, and were becoming homogeneous, indistinguishable, one from another.  There were Jews in Belgrade, Arabs in Marseilles, and Irish in London.  If you roused from a drunken stupor and wandered into the streets, you wouldn’t know where you were, until you fell into the Thames, or the Seine, or the Moscow River – and with the state, or lack of, municipal sanitation, even not then.

He used the word Weissnichtwo as the name of an indefinite, unknown, or imaginary place, like Utopia, Brigadoon, or Shangri-La.  The problem situation has only got worse over the years.  With the ubiquitous McDonalds, Domino’s, and Starbucks, and rampant, often war-driven immigration, a traveler might be anywhere.

I imagine that you’re just over there, shaking your head at this word.  You could be much closer to my next post soon, if you pop back in a couple of days.  I promise not to use any of those big, foreign words.  Might even offer up a few chuckles.   😀