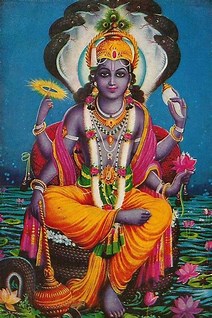 Thoughts on Science And Religion – Maybe Mix In A Little
Has any religious doctrine ever supplanted a scientific discovery?

I’m still a great proponent of the idea that, if you throw enough horseshit at the barn, sooner or later, some of it will stick – but it’s still horseshit. There have been thousands – tens – hundreds – of thousands of weird-ass religious ideas, proposals and theories advanced. That one of them finally proved (somewhat) correct is not revelation, but inevitable coincidence.
Matt Dillahunty says that the time to believe something, is when there is evidence, and evidence is provided by science. They may have been right, but they were right for the wrong reasons. This seems much like Christians observing something, and then going back through the Bible to find some vague passage that proves a prophesy.

Archon, you wrote — ” That one of them finally proved (somewhat) correct …” I have to ask — which one?

This post of Jim’s, about the Hindu Upanishads Science and Religion—Maybe Mix in a Little? – TheCommonAtheist (wordpress.com)  I was being my usual snarky, sarcastic self.  In no way did I mean to imply that their beliefs and claims held any validity.  One particular group of Neolithic Lotus-Eaters, out of myriads of others, felt that reality depends on randomness, and quantum-type fluctuations.  Modern day physics is finding that the existence of the universe may depend on randomness and quantum fluctuations.  There is no way to prove that one led to the other.

It’s like the stopped clock, that’s right twice a day.  Actually, it’s more like someone fired a shotgun at a wall, leaving fifteen or twenty buckshot holes in it.  Five years later, someone comes along, paints a target around one of them, and declares, ‘See!  They got a bull’s-eye!’

It is highly likely that Newtonian physics was supplanted by the Upanishads—the ideas from Hindu philosophy called quantum mechanics.  What’s different about the Upanishad -vs.- say, Christianity, is the Upanishad can be made into math by the most skilled of all scientific minds. It can be tested, and it can be fit into what we know about the nature of duality, consciousness, mind, and matter.

My nit-picky, pedantic nature insists that ‘supplanted’ means took the place of (another), as through force, scheming, strategy, or the like.  It is, therefore, modern, peer-reviewed, fact-driven, science-proven Physics, which has supplanted the Hindu Vedas.  They make no mention of “Quantum Mechanics.”  It is only now that some people are aware of it, that they want to take modern science, and retrofit it into a religion.  No smoke some ganja and pull it out of your ass Woo can replace it, or even claim to help develop it.

Through its language of mathematics, it is the science, not the religion, which can be investigated and proved.  It can ‘fit into’ the rest, in the same way that a rotten tomato, a dozen doughnuts, a dead cat, or a handgun, can individually be forced to ‘fit into’ any given paper bag.

Science at this level is somewhat uncertain, but I still prefer my dozen Quantum revelation eggs neatly and safely packaged.  The truth is much more likely to be revealed by Stephen Hawking and CERN, than by Shiva and Ganesh. 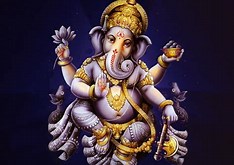 10 thoughts on “I Can Take No Credit”