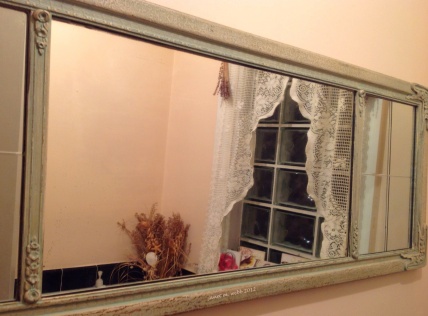 How fear of Atheism gets some Christian Apologists all turned around, mirror-image.

If Atheism are true, and there is no God

If there is no final Judgement, it’s like somebody murdered someone else, deep in the forest and nobody saw it happen, then they wouldn’t get arrested or charged or put in prison.

# !  That’s a very emotion-driven, sensationalistic claim but, SO WHAT.  We are what we appear to be – sentient beings, constantly striving, constantly learning, constantly improving, always trending upward, for the betterment of ourselves as individuals, and as a race – and all of it without an absentee-landlord puppet-master, so, we are hardly robots.

# 2  Oh, these poor Christian Apologists – they are nothing without their God-crutch.  I don’t know how to rebut this assertion, except to say that it is silly and untrue.  I did not ask the writer to explain and justify his claim.  Previous similar attempts have just produced bewildered responses like, Of course it’s true!  That’s obvious! when it is definitely not obvious.

#3  First we had no thought.  Now we have no feelings, without God the orchestra leader.  Such a bleak, morbid, and dismal outlook!  😯  While the belief in the existence of God can’t be proven, for writers like this, perhaps it is better that he continue to do so.  He seems to need some solid emotional and psychological support to keep from slipping into the abyss of clinical depression.

#4  Another unsupported, mirror-image claim.  😕  If God exists, as writers like this claim, and He ‘knows all,’ past, present and future, then His perfect and unchanging plan means that everything we do is predestined, and there is no such thing as free will.  Only the nonexistence of God in any way makes us free – but that’s only another thing that worries such writers.  We should only be free (?) to agree to worship their God.

I don’t know how he equates free will, with a deity which has a Top Ten and 603 following commandments about what you can eat, drink, wear, and who you can do it with.

#5  English is not his first language.  Perhaps this cavil makes more sense in Korean.  He’s right.  Whether God exists or not, the Universe will, one day, die the heat-death of entropy – a very natural occurrence.  It’s just that we won’t be around to experience it, so he’ll have to explain to his mental-health counsellor, why he attaches the word ‘doom’ to it.

#6  “Good” and “Evil” do not exist as tangible entities.  “Evil” tends to be a term used by religious/Christians, indicating intent.  Atheists usually substitute ‘good and bad,’ natural descriptors which can exist without a God.  Good is that which increases my well-being and/or happiness.  ‘The greatest good, for the greatest number.’  Bad is that which decreases my well-being – and those around me, and the entire human race.

Being convinced to drink disinfectant to, ‘cure COVID’ might even make me happy, but it does not increase the well-being of my widow, or my children, who are now without a father and provider.

While he does not use the word in his final complaint, he implies the Hell out of the concept of ‘Fair.’  Fair is where you take your pig, to have it judged.  The Universe is supremely disinterested in the human concept of justice.  Things like his example occur all the time.  Again, SO WHAT??!  !sneppah tihS

Even the existence of his hypothetical God does not guarantee justice, or ‘fair.’   Someone like failed-Catholic, Adolf Hitler, might repent at the end, confess his sins, plead for forgiveness, and go to Heaven, while Anne Frank is sent to Hell.  👿

6 thoughts on “Through A Theist Glass, Darkly”