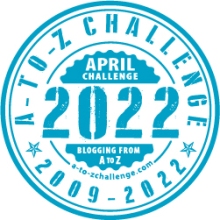 Agnotology is the study of culturally induced ignorance or doubt, particularly the publication of inaccurate or misleading scientific data. The neologism was coined in 1995, by Robert N. Proctor, a Stanford University professor specializing in the history of science and technology. Its name derives from the Neoclassical Greek word ἄγνωσις, agnōsis, “not knowing”, and -λογία, -logia.  A basic characteristic of the conservative movement, since conservative beliefs regarding race, class, and foreign policy are all shown to be failures.

“Dude, all the scientists who are believe in (sic) global warming are part of a universal conspiracy to gain research dollars by destroying American industry.”

There is a cult of ignorance in the United States, and there has always been. The strain of anti-intellectualism has been a constant thread winding its way through our political and cultural life, nurtured by the false notion that democracy means that “my ignorance is just as good as your knowledge”.

Within the sociology of knowledge, agnotology (formerly agnatology) is the study of deliberate, culturally-induced ignorance or doubt, typically to sell a product or win favor, particularly through the publication of inaccurate or misleading scientific data.  More generally, the term also highlights the condition where more knowledge of a subject leaves one more uncertain than before.

It is a disappointing fact, that there are segments of the American public who consider intelligence and intellectualism, as suspect.  😯

And so, I’m off to another great start.  I could have reserved the letter A in this year’s challenge for the word Asshole, but we’re already overstocked.  😉