‘Ailments’ is the theme for this week and pensitivity101 is sure her readers can come up with new definitions or explanations for the following.

It’s a type of arthritis, contracted by leaning too long on a damp bar in the clubhouse, while you’re trying to serve up a little love by bragging about how great your tennis stroke is.  That’s why it’s called a racket.
3. What is a pulled muscle?
It’s the reason that teenage boys have a lock on their bedroom door, so that Mom doesn’t just walk in.  When I hear that an athlete has a pulled groin muscle I think, ‘Shouldn’t he be practicing with the rest of the team, instead of playing with by himself?’

It is how most bachelors feed themselves – a tin of soup, a tin of stew, a tin of spaghetti, a tin of beans, a tin of raviolis, a tin of chili, a bunch of tins of beer.  Only mac and cheese, and pizza, come in cardboard boxes
5. What are crow’s feet?

An expensive delicacy it Iraqi restaurants, costing mucho dinars.  They are seasoned with cumin and coriander, and served with couscous, tzatziki sauce and taftoon bread.
6. What are hammer toes?
It’s an affliction suffered by really klutzy DIY handymen.  They don’t even have time to smack their thumb with the hammer, before they drop it on their foot.

It’s a new, hybrid species of salmon, obtained by crossing the ‘silver,’ Pacific, Sockeye salmon, with the redder-fleshed Atlantic salmon.  They’re having trouble releasing it into the wild.  They keep trying to swim back to the laboratory.
8. What is vertigo?

It’s how my German cousin asked about our destination for an evening out, when he visited.  Vertigo for eine gut time?  Vill dere be dancing girls in dirndls? Vill dere be many steins of gut, Bock beer?  Vill dere be schnitzel und sauerkraut?  Vill I be asked for my papers??
9. What are cataracts? 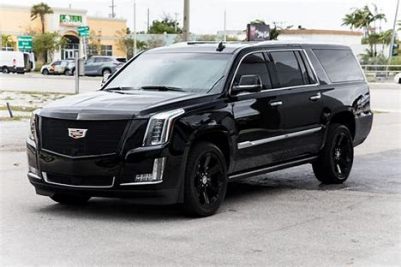 These are the hackneyed stereotype vehicles that the FBI, the CIA, and every American security force who have been so testosterone poisoned that they can’t spell anything more complex than GMC, use for transportation.  Huge, gas-guzzling monsters, and always shiny black, so that they will stand out, especially in movies.  At least, that’s what my speech therapist told me.
10. What is swimmer’s ear?

It’s the one you have to use to listen to your mother when you’re at the beach or pool, and she says, ‘Now remember, you can’t go swimming for at least an hour after you’ve eaten, or you’ll get cramps and drown.’  It’s an old wives tale, but I don’t think she’d be too happy to be described as either old, or a wife.