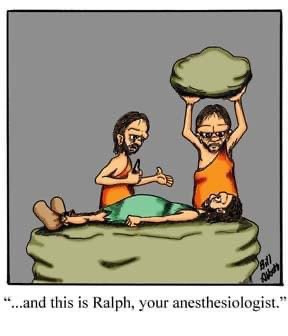 A caveman is sitting by a creek, gnawing on a hunk of mastodon meat, enjoying the rare quiet. After a short time, the quiet is broken by a distant shriek and from the direction of his cave, his wife comes running. “Wog! Wog!” she screams, “Come quick! A saber-toothed tiger has just chased mother into the cave.” Wog looks up at his wife with mild annoyance, chews the final remaining piece of meat from the bone, and calmly says, “What do I care what happens to a saber-toothed tiger?”

At a wedding ceremony, the priest asked if anyone had anything to say about the union of the bride and groom – it was their time to stand up and talk, or forever hold their peace.  The moment of utter silence was ended by a beautiful young woman, holding a small child.  She started walking toward the pastor.

Everything quickly turned to chaos.
The bride slapped the groom.
The groom’s mother fainted.
The groomsmen started giving each other looks, and wondering how to save the situation.

The priest asked the woman, “Can you tell us why you came forward?  What do you have to say?”
She replied, “We can’t hear at the back.”

I recently called an old Engineering buddy of mine, and asked him what he was up to these days.
He replied that he was working on aqua-thermal treatment of ceramics, aluminum, and steel under a constrained environment.
I was really impressed, until further conversation revealed that he was washing dishes with hot water, because his wife had ordered him to.

Me; Age 12
Fell off bike at high speed on a gravel road.  Rode home 5 miles.
Me; Today
Used the wrong pillow and was non-functional for 2 days.

A couple went Christmas shopping.  The shopping center was packed, and the wife was suddenly surprised to find that her husband was nowhere to be seen.  She was quite upset, because they had a lot to do, so she called him on her cell phone, to ask him where he was.
In a quiet voice he said, “Do you remember that jewelers that we went into about five years ago?  The one where you fell in love with that diamond bracelet that we couldn’t afford, but I told you I would get for you one day?”
The wife choked up and said, “Yes, I remember that shop.”
He replied, “Well, I’m in the pub next door.”

When my wife caught me on the bathroom scale, sucking in my stomach, she laughed.  “That’s not going to help.”
“Sure it does.  That’s the only way I can read the numbers.”