There is no way that I could ever write and post 26 alphabetical blogs in one month, especially with weekly Flash Fictions and other time-sensitive thoughts. I am going to try to post them from April to April.  Every couple of weeks, I’ll slip one in among my regularly scheduled insanity/inanity.  I’m already 2 weeks behind, so here’s number one.  (This is alphabetical. Shouldn’t that be letter A??!)  😯 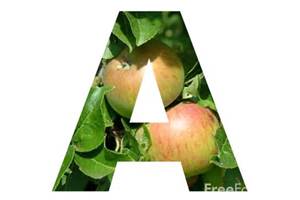 Advent – a coming into place, view, or being; arrival:

Arrival- the reaching or attainment of any object or condition:

April – from Latin ‘aprilis’, meaning to open (up)

Articulation – using language easily and fluently; having facility with words:

All four of these words fit into this post. Since this is the first in a, hopefully completed, series, this is my advent.  I finally got my ass off my keyboard, and applied my fingers.

Since the definition of ‘advent’ includes the word ‘arrival’, I’ll mention it also.  The definition above includes the terms reaching and attainment, almost unintentionally implying completion.  I’m still 25 words away from completion of this project, but I have reached the starting line and attained a mission.

Speaking of starting lines….Why are comedians making ‘end of the world’ jokes like there’s no tomorrow?

April, the month, and the name, is a good time to ‘open up’ this series.

I like to think that I have articulation – ease of language usage and fluency, having facility with words.  While I still possess these, I avoid being placed in a facility with wards.

Articulation has another meaning also, involving bones and joints and physical movement. More and more, I find myself using handicap parking spots, even when I’m alone in the car, because the arthritis pain in my right hip is increasing.  I can’t drive with my wallet in my right ass pocket.  I have a gay fanny-pack for summer, and an inside pocket in my leather jacket for cold weather.

I wondered if I’d forgotten how to put socks on, because I was finding the front seam balled up under my toes, like walking on a pen. When I paid more attention, I found myself walking duck-footed on the right side to ease the ache, putting pressure on the foot from a non-standard direction, causing the sock to slip and bunch.

What? You expected more?  That’s it for today!  Come Back later, for Bigger, Better Blogs.