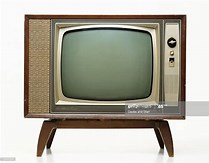 I suffer from tinnitus.  Oh, my wife actually has it, but I must endure the consequences.  She cannot sit quiet in the living room, reading or knitting.  For her, it is never quiet.  To drown out the internal whistles, squeaks and crackling, she has the TV on constantly, as background noise.

Her constant quest to play something inconsequential, leads to this Word Of The Week.

Often hinterlands. the remote or less developed parts of a country; back country: The hinterlands are usually much more picturesque than the urban areas.
the land lying behind a coastal region.
an area or sphere of influence in the unoccupied interior claimed by the state possessing the coast.
an inland area supplying goods, especially trade goods, to a port.

Several years ago, before we cut the cable, Canadian TV stations sometimes added a little PSA between one show and the next, called Hinterland Who’s Who.  We would get a little 30-second introduction to loons, ruffed grouse, or brown bears.

I have been involuntarily exposed to subtitled shows from Iceland, which was settled by Norway, and from Sweden.  While trying to do crossword puzzles, or read, myself, I’ve been exposed to 4 seasons of a show titled Bordertown, which I thought might be Detroit, Bellingham, WA, or Laredo, TX..  Turns out that it’s Saint Petersburg, Russia, with half the dialog in Russian, and the other half in Finnish.  It’s hard to figure a 4-letter kitchen appliance in the middle of a United Nations debate – with gunfire.

My reading was distracted by 5 seasons of Shetland, a British police procedural set on an island off the west coast of Scotland, where the sheep outnumber the humans, 500 to 1.  I thought that the most likely illegal offense might be bestiality, but the already meager population was reduced by at least one, in each episode.  The wife drooled over the many gorgeous knit sweaters worn by the plodding hero.

I thought that my life wasn’t particularly interesting or adventurous, but Shetland attracted enough viewers to lead BBC-TV to follow it with Hinterland, an attention-grabber

set on the rocky Scottish peninsula that projects toward the island of Shetland.  Here, the ratio of sheep to people is only 400:1, and folks speak English almost as well as those on Iceland.

The son has acquired a set of Dr. Dre Beats headphones.  I often try to speak to him, only to realize that he is listening to audio for something that he is watching on his tablet.  The muffs disappear into his shaggy hair.  Maybe I could wear them, disconnected, as sound-deadeners.  I’d use the ones that I wear when I mow the lawn, but she would be somehow disturbed and insulted.  Silence is golden – but I get the brassy alternative.

Please quietly return soon, for my next whine and cheesy party.

I tried to be bored, but the voices inside my head wouldn’t let me.

Actually, I really didn’t try, because there was only one voice inside my head – and it was mine.  I gave it a shot, but quickly found that any time I stopped thinking about everything/anything, I wound up back at my Gravatar description, researching something else that would do me no good at all, except as blog-fodder.

I tried some of that mindless Yoga contemplation – didn’t work!  As soon as I stopped thinking about blog-posts, and useless trivia, into my head popped Spring Byington.  She was a C-grade actress who only had one television series, called December Bride.  It ran from 1954 to 1959.

She played a middle-aged, divorced woman, living with her grown daughter, and everybody was trying to fix her up with another husband.  A (relatively) young Harry Morgan played the intrusive neighbor.  The gimmick was that, like Howard Wolowitz’s mother on The Big Bang Theory, his acerbic wife was often heard, but never seen.

In researching a trip to Detroit, MI, I found that there are several other Detroits in the US, including Detroit TX….which is near Oklahoma City….which reminded me of the Jim Croce song, Rapid Roy, where he sings about transporting illegal moonshine, “Runnin’ from the man in Oklahoma City, with a 500 gallon tank.”

How much would 500 gallons of white lightning weigh?  Hmmm – almost 4400 pounds!  Certainly not something to be carried in a stripped-down, hopped-up sedan, or even a pickup truck, and definitely not while trying to out-speed or out-maneuver State Police vehicles.

Almost as soon as electric rice cookers became available, the wife had to have one.  Six months later, they “New and Improved” them, by adding a tray in which you could steam things like the frozen dumplings that she likes to add to her homemade chicken soup.  Recently, on Facebitch, someone offered a new Black and Decker unit with the steamer tray, for $15.

When we went to pick it up, the irony was that it was offered for sale by a young Chinese-Canadian woman, still living with her barely-speak-English immigrant parents.  On the drive home I relaxed – and the voice in my head said ‘taffeta.’

There may be more than one of me inside, what I thought was, my empty head.  Almost immediately, the same/different voice said, ‘I’ll see you the taffeta, and raise you organdy and sateen.’  They’re all thin, bright, shiny fabrics, often used as decoration on women’s clothing.  Why would I even know that they exist, much less bring them up to myself during a car ride??!

It’s a wonder that I ever get any particular project completed, with all these odd thoughts and factoids caroming around at strange angles inside my brain, like a bumper car ride.  I’ve proved that I can’t bore myself.  I just hope that I haven’t bored you.  Stop back soon for a ham on rye post – something with a little more meat to it. 🙂

I have no idea. This place just seems to go on forever.  What’s the name of it – ‘Echo Emporium’??  It’s déjà vu all over again.  What do they do in there – make tape measures – package spaghetti – a bowling alley?  Oh look, another tower – just like the last one.

You kids aren’t watching ‘Groundhog Day’ back there are you?? I think we’re just driving in circles, nothing changes….

….When that pub owner suggested visiting the “Loch”, I thought he meant like Loch Ness. This is a canal ‘lock,’ and us with no boat.

You don’t have to go to Europe to have trouble with local dialects. A ‘Yankee’ had a retirement home built in Florida.  When it came time to install the driveway, the contractor asked him if he wanted poured concrete or shale.  Concrete seemed so common and blah.  He liked the idea of crushed grey stone, so he ordered shale.

When he went out to view the finished installation, it was this horrid, loose, dusty white….stuff. “I ordered shale!  That’s not shale!’

I like a good long cuddle with my girlfriend after sex…….
…….It’s the quickest way to deflate her.

Apparently someone in London gets stabbed every 52 seconds….
…..poor bastard

The way to a man’s heart is through his stomach….
….unless he’s a vegetarian, then you can get there through his vagina.

Why was the Pediatrician always losing his temper….
….he had little patients.

One time I forgot how to throw a boomerang….
….but then it came back to me.

What do you call a boring woman with athletes’ foot?….
….anti fun gal.

There’s a new sex position called ‘Delivery Man’….
….You stay in all day, and nobody comes.

How do Flat Earthers travel?….
….on a plane.

I have OCD, which seriously affects my sex life….
….every time a girl gets turned on, I turn them off again

I once got a hand-job from Albert Einstein….
….it was a stroke of genius

There are 10 different kinds of people in the world….
….those who understand binary humor, and those who don’t

How do you stay clean in space?….
….take a meteor shower

Of all my friends….
….I am the most competitive

My wife is always stealing my T-shirts and sweaters….
….but if I take one of her dresses, “We need to talk”

How did the captain survive the sinking of his ship?….
….He kept a log in his cabin.

What so you call a man with a shovel in his hand?….
….Doug

I finished reading my book, and I’m bored.  I’ll have some crackers.

Doctor says my cholesterol level is normal, but the weight is creeping up.

And so, like Ebenezer Scrooge, our chains of obesity are acquired.  So easily gained, forged one link at a time.  So difficult to divest ourselves of.

Cast off your chains.  Be healthy.

The above is a somewhat distressing, very personal account of the five years since I retired, still eating as I did when I worked, but no longer working.  I would not insult by pointing fingers and using the ‘Fat’ word, just a gentle reminder, and a wish for the best for all.

THE COW JUMPED OVER THE MOON

All the corn plants were to be shredded and put into the tower as silage.  The crop was large, so ten-year-old Billy’s job was to tromp it down, so it all fit.

He brought one of their cows in through the little bottom door to help him.  For several boring hours, he and Bossy had plodded ‘round and ‘round.

Finally the level neared the top, and his Dad yelled that they were done.  “Just back out that little hatch, and climb down the ladder.”