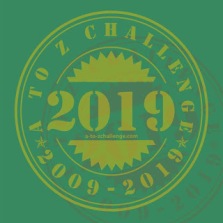 It all started with a block of cheese at Costco.

I never know when a language lesson will rear its ugly head. It was on a recent Costco run, when one leaped (or is that leapt??) out at me. The wife wanted to buy another block of Cheddar cheese, to provide dietary source of calcium for me. Instead of taking Costco’s house-brand – Kirkland – she asked me if I would take one that was on sale, named

Obsolete . a muddled mixture of liquors.

For a word that means nothing, it sure has a lot of synonyms. The dictionary omitted the most recent one – Donald Trump. It’s another great old word that the hipsters don’t have time to use, IMHO. The name that she meant to use, was

This interesting surname is of medieval English origin, and is an assimilated form of the locational name Balderston(e), which is itself derived from two places so called in Lancashire. The earliest recording in 1172 (Whitaker’s “History of Whalley”‘) appears as “Balderestone”; in the Feet of Fines as “Baldreston” in 1256; and as “Baldreston” in the Court Rolls of 1323. Balderson derives from an Olde English pre 7th Century personal name “Baldhere”, composed of the elements “beold”, brave, and “here”, army, with “tun”, a settlement. During the Middle Ages, when it was becoming more common for people to migrate from their birthplace to seek work elsewhere, they would often adopt the placename as a means of identification, thus resulting in a wide dispersal of the name.

This is the kind of claptrap, drivel, trash, etc. that I serve you when I’ve been distracted, debating with Apologists, and wait till the last minute to compose an A To Z Challenge post. At least it had cheese sauce on it – tasty little morsel.  I promise that Wednesday’s offering will be a little more entertaining and informative. I hope to see you here then   😀

Cuz I forgot to add this image to my ‘A’ post, two weeks ago