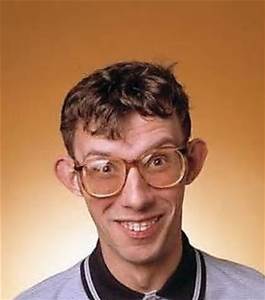 I said to myself, “Self,” (and I knew it was me, because I recognized my voice, and I was wearing my underwear) “Today is going to be a great day!”

I’m sick of following my dreams.
I’m just going to ask them where they are going, and hook up with them later.

An elderly man is on the operating table, about to be operated on by his son, a famous surgeon. Just before they put him under, he asks to speak to his son: “Don’t be nervous, boy. Just do your best. But remember … if it doesn’t go well and something happens to me … your mother is going to come and live with you.”

After a young couple brought their new baby home, the wife suggested that her husband should try his hand at changing diapers.  “I’m busy,” he said, “I’ll do the next one.”  The next time came around and she asked again.  The husband looked puzzled, “Oh! I didn’t mean the next diaper. I meant the next baby!”

In light of recent police statements that they no longer feel it necessary to attend the scene of domestic burglaries, I have taken down the American flag from beside the house, and peeled the burglar alarm sticker off the front door.  We’ve disconnected our burglar alarm system and quit the Neighborhood watch.

I bought two Pakistani flags on eBay, and planted them in the front gardens, one at each corner, plus a black ISIS flag in the center.  Now the CIA, the NSA, the FBI, and every other alphabet agency is watching the house 24/7.

A con man was arrested for selling bottles of a fluid that he claimed slowed the aging process.  One cop says to his partner, “We better check his record.  He may have tried this before.”  His buddy reports back, “You’re right.  He tried this in 1955, 1893, and 1831.”

Archon: “My girlfriend accused me of not being faithful to her.”

Friend: “What did you say to her?”

Archon: “I said, “What would make you think that? She said, ‘You seem to always hang around Rachael.”

Archon: “Unfortunately, the voice from my closet said, “It’s Rochelle, not Rachael.”

There is nothing worse than hearing people attempt to sound intelligent by using big words, and MISUSING them.

I totally photosynthesize with this.

Never sing in the shower!  Singing leads to dancing, dancing leads to slipping, and slipping leads to paramedics seeing you naked.  So remember…Don’t sing!

An old farmer has a small orchard and is collecting fruit in a bucket. As he works his way back into the trees, he hears laughing and splashing coming from a pond behind the orchard. He doesn’t particularly like the idea of people on his property, so he goes to the pond to see who’s there. He suspects it’s college kids since there is a college nearby.
As he comes out from behind the trees, he sees a half dozen college girls are skinny-dipping in his pond. He clears his throat so they’ll know he’s there. The girls scream and swim out to the middle of the pond. “Go away!” they shout. “Are you spying on us? What are you doing here?” “Well,” the farmer answers slowly. “You see, I own this pond…” Then he holds up the bucket, “…and I came to feed the alligator.”

“I am not available right now, but thank you for caring enough to call. I am making some changes in my life…

Please leave a message after the beep. If I do not return your call, you are one of the changes.”

Hey, Alcohol!
We had a deal where you made me smarter, funnier, and a better dancer.
I’ve seen the video.
We need to talk.

Between the eyes and ears there lie
The sounds of color
And the light of a sigh
With thoughts of within
To exclude the without
The ghost of a thought
Will exclude all doubt
And to name this thought
Is important to some
So they gave it a word
And the word is
‘OM’.

We suffered a home invasion recently. Fortunately, it was a stupid benign one.  After the son came home from his midnight shift, he stayed up a bit later than usual.  He always locks the front door as he comes in.  The wife got up a bit earlier than usual to take a shower, to go out.  Between the water running, and the two of them talking in the hall, I came awake.

Suddenly, I could hear the wife talking to someone else, and got out of bed to see what was going on. Halfway down the stairs in her nightie, suddenly she heard some woman’s voice shouting out, “Adeline!  Adeline, are you here?  I’ve come to visit.  Adeline, can you hear me?”

The wife shouted, “There’s no Adeline here! Get out!  Get Out!” and the son came roaring out of his bedroom.  Later, he bitched, “The one morning I forget to lock the door…!” The woman responded, “Isn’t this number 238?”  Does Adeline drive a new Kia Sorento with custom ‘ARCHON’ plates?  Does she live in a house with 6-inch brass numbers, 232, on the corner of the garage that you just passed?

I’d almost suspect an all-you-can-quickly-lift-and-walk out-with burglary buffet if she hadn’t been challenged. It’s difficult to imagine anyone that dumb, but then, the only infinite things are the Universe, and stupidity….and I’m not sure about the Universe.

America – a pre-existing condition in need of constant reassurance.
Belief – The idea that feelings equate to reality.  (See Truth)
God – Head of a US based Multinational Corporation which invests in social networking applications, web based communications technology, and merit based wish fulfillment.  (See Mark Zuckerberg).
Truth – Any knowledge, information, or ideas not yet deemed as “fake”.
Zuckerberg, Mark – Senior Pastor, First Church of Facebook (see God).

All writers have a little voice inside their head, one that doesn’t say, write a bestseller, or, sell lots of books.  It simply whispers to them to write every day.  If listened to, the voice will go silent.  If ignored, the urge will never relent.  Writing frees your soul, and allows your imagination to wander.

I took the daughter shopping the other day. We went to the refrigerated section of a major supermarket chain, looking for OJ and chocolate milk. As I walked past the big, chilled display of eggs, I realized that it was clucking at me. Apparently the store has hidden a speaker behind the display, and trip-switches on the glass doors has it burbling, “Bock-bock-bock-bock, bock-bock-bock.” I was afraid to go near the milk aisle. Moo, moo, moo???….or the ground pork.   🙄

Returning home from work, a Blonde was shocked to find her house burglarized and ransacked. She telephoned the Police at once, and reported the crime.  The police dispatcher broadcast the call on the radio, and a K-9 unit, patrolling nearby, was the first to respond.

As the K-9 unit approached the house with his dog on a leash, the Blonde ran out on the porch and shuddered at the sight of the cop and his dog, and then sat down on the steps.

Putting her face in her hands, she moaned, “I come home to find all my possessions stolen. I call the police for help, and what do they do?  They send me a blind policeman.”

This guy walks into a bar and two steps in, he
realizes it’s a gay bar but says ‘What the heck,
I really want a drink.’

When the gay waiter approaches he says to the
customer ‘What’s the name of your penis?’.

The customer says ‘Look, I’m just not into that.
All I want is a drink.’

The gay waiter says ‘I’m sorry but I can’t serve
you until you tell me the name of your penis.’

So the customer says ‘Alright, what’s the name of
your penis?’

The gay waiter says ‘NIKE … you know, JUST DO
IT.’

The customer thinks for a moment and says ‘The
name of my penis is SECRET.’

The customer says ‘Yeah…STRONG ENOUGH FOR A MAN
BUT MADE FOR A WOMAN!’

Hard work has a future payoff.
Laziness pays off now.

After 15 years of marriage they finally achieved
sexual compatibility – They both had a headache.

Q” How many men does it take to screw in a lightbulb?
A:  Just one.  Men will screw anything.

How many law professors does it take to
change a light bulb? Hell, you need 250
just to lobby for the research grant.

If someone with multiple personalities threatens
to kill himself, is it considered a hostage
situation?

My cat was playing Mozart’s Sonata in E-flat when his
head got tangled in the strings — virtuosity killed the cat.