A guy took his blonde girlfriend to a super bowl game.  They had great seats right behind their team’s bench. After the game he asked her how she liked it. “Oh, I really liked it,” she replied.  “I just don’t understand why they were killing each other over 25 cents.”  Confused, her boyfriend asked, “What do you mean?”  “Well they flipped a coin, one team got it, then for the rest of the game, all they kept screaming was…‘Get the quarterback!  Get the quarterback!’  I’m like Hellooooo, it’s only 25 cents!”

Donald Trump meets with the Queen.

He asks her, “Your Majesty, how do you run such an efficient government? Are there any tips you can give to me?”

“Well,” says the Queen, “the most important thing is to surround yourself with intelligent people.”

Trump frowns. “But how do I know the people around me are really intelligent?”

The Queen takes a sip of tea. “Oh, that’s easy. You just ask them to answer an intelligence riddle.”

The Queen pushes a button on her intercom. “Please send Theresa May in here, would you?”

Theresa May walks into the room. “Yes, my Queen?”

The Queen smiles. “Answer me this, please, Theresa. Your mother and father have a child. It is not your brother and it is not your sister. Who is it?”

Without pausing for a moment, Theresa answers, “That would be me.”

Back at the White House, Trump asks to speak with Vice President Mike Pence.

“Mike, answer this for me. Your mother and father have a child. It’s not your brother and it’s not your sister. Who is it?”

“I’m not sure,” says the Vice President. “Let me get back to you on that one.”

Mike Pence goes to his advisers and asks every one, but none can give him an answer. Finally, he ends up in the men’s room and recognizes General McMasters’ shoes in the next stall.

Mike shouts, “General! Can you answer this for me? Your mother and your father have a child and it’s not your brother or your sister. Who is it?

Mike Pence smiles. “Thanks!” and goes back to the Oval Office to speak with Trump.

“Say, I did some research and I have the answer to that riddle. It’s General McMaster.”

Trump gets up, stomps over to Mike Pence, and angrily yells in his face, “No, you idiot! It’s Theresa May!” 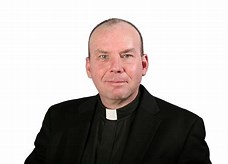 Two priests are driving down a road when they are pulled over by the cops.  The cop swings a flashlight in their faces and signals to the driver to roll down his window. “We’re searching for two child molesters,” he says.  The driver leans over to the other priest and they whisper between themselves.  Finally, he turns back to the policeman. “Ok. We’ll do it.”