A young woman had been pounding the pavement in search of a job with no luck. Frustrated, she asked her Dad to look at her résumé.  He didn’t get much farther than the first line of her cover letter before spotting the problem.
“Is it too generic?” she asked.
“I doubt it.” said her father.  “Especially since it’s addressed ‘Dear Sir or Madman.”

My friend’s hour-and-a-half commute to work got old quickly – the time spent stuck in traffic was sending him over the edge. So I was happy for him when he found a new job closer to home. “That’s great,” I said.  “What are you doing now?”
“I’m a bus driver.”

A secretary liked to yammer on the phone to her friends. One day her boss was going to interrupt her chat to tell her to get back to work, when she looked up at the clock and put an end to the conversation.  “Sorry, I have to hang up now.  It’s time for my break.”

Applicants at a company were asked to fill out a questionnaire. Among the things that candidates had to list was their high school, and when they attended.  One prospective employee dutifully wrote the name of his school, followed by the dates attended – Monday, Tuesday, Wednesday, Thursday and Friday.

A worker at a new company was annoyed that the company’s automated telephone directory had seriously mangled her last name. She called the person in charge and asked that he fix it. “Sorry,” he said, “All requests must be made by email.”
“Okay,” she said, “just tell me how to email the correct pronunciation of Zuckschwerdt.”

Winding his way through the office cubicles, the young boss spotted one of his employees playing a video game on the computer. “Why aren’t you working?” he asked.
The employee had an excellent excuse.  “I didn’t see you coming.”

One office manager was a tyrant when it came to keeping the printer area clean. A co-worker printed something, but when he went to pick up the document, it was gone. “You know I throw out anything more than 24 hours old.” the manager told him. “But I just printed it.” my friend insisted.
“Sorry,” she said, “But I’m not in tomorrow.”

A business-writing instructor read lots of résumés. Inevitably, he ran across some students with skills no employer could pass up, such as; The young paramedic who makes ‘life-threatening decisions’ every day. A child-care worker who can ‘overlook up to 35 children at one time.’ An entertaining young woman who is ‘flexible enough to perform all manner of positions if the situation gets desperate.’ 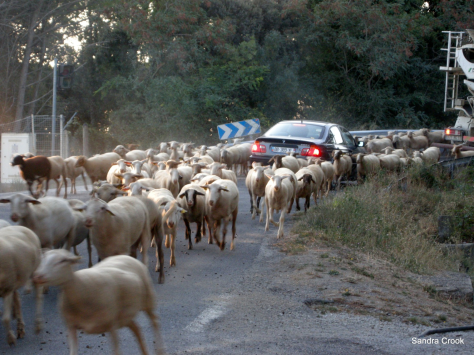 Late again, Johnson??!!  You’ve been warned.  You’d better have a good reason, or you’ll be collecting severance papers from HR.

Well, Sir, you know I live outside the city. I even left early this morning, but old man Morton was herding his sheep from one pasture to another, and I had to pull over so I didn’t hit any.