Three blondes died and are at the pearly gates of heaven. St. Peter tells them that they can enter the gates if they can answer one simple question. St. Peter asks the first blonde, “What is Easter?”

The blonde replies, “Oh, that’s easy! It’s the holiday in November when everyone gets together, eats turkey, and are thankful and stuff…”

“Wrong!,” replies St. Peter, and proceeds to ask the second blonde the same question, “What is Easter?”

The second blonde replies, “Easter is the holiday in December when we put up a nice tree, exchange presents, and drink eggnog.”

St. Peter looks at the second blonde, shakes his head in disgust, tells her she’s wrong, and then peers over his glasses at the third blonde and asks, “What is Easter?”

The third blonde smiles confidently and looks St. Peter in the eyes, “I know what Easter is. Easter is the Christian holiday that coincides with the Jewish celebration of Passover. Jesus and his disciples were eating at the last supper. Then the Romans took him to be crucified and he was stabbed in the side, made to wear a crown of thorns, and was hung on a cross with nails through his hands. He was buried in a nearby cave which was sealed off by a large boulder.”

The third blonde continues, “Then every year the boulder is moved aside so that Jesus can come out… and, if he sees his shadow, there will be six more weeks of winter.

If you’re singing Christmas songs on your neighbor’s lawn at night with your church group, it’s called “caroling.”

But if you’re doing it alone with no pants on, it’s called “drunk and disorderly.”

How come writing your lover’s name in the sand is considered romantic, but if you write her name in a snowbank…. Ew, ew, ew!

My wife has this red ‘Christmas’ lingerie with faux fur around the neck and cuffs and it comes with a little Santa hat.

“I hate this outfit,” I said when she walked into the room.

She replied, “Then why are you wearing it?”

A daughter said, ‘Mom, how many kinds of ‘willies’ are there?’

‘Yes — dead from the root up and the balls are just for decoration.’

Four surgeons were taking a coffee break and were
discussing their work.

The first one said, ‘I think accountants are the
easiest to operate on. Everything inside is numbered.’

‘I think librarians are the easiest,’ said the
second surgeon. ‘When you open them up all their
organs are alphabetically ordered.’

The third surgeon said, ‘I prefer to operate on
electricians. All their organs are color coded.’

The fourth one said, ‘I like to operate on
lawyers. They’re heartless, spineless, gutless,
and their head and ass are interchangeable.’

The little boy was 8 yrs. old when his parents
decided to have him circumcised (looking
different than dad, other kids, etc.).

After a few days of recovery, the boy went back
to school. After about an hour, the pain was
really starting to bother him so he asked if he
could see the school nurse.

He went to see her but was too embarrassed to
tell her what the problem was.

She suggested that he call his Mom and see if
she could come and get him.

The nurse waited in the other room while the call
was made. After a few minutes the little boy came
out and started walking back to class, but the
nurse noticed that his penis was hanging out of
his pants. She said ‘Johnny, what are you doing?
You can’t walk around like that.’

He replied, ‘Well I told my Mom how much I hurt
and she said that if I could just stick it out
till lunchtime she would come pick me up then.’

What’s the problem with jogging during Mardi Gras?
The ice falls out of your drinks!

Mardi Gras is the only acceptable time to wear body glitter without being mistaken for a stripper. 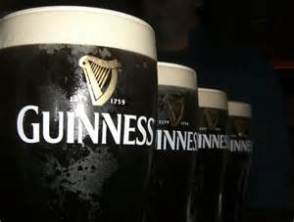 Ah yes, the Blue Laws, often forgotten, but still not gone.  Ontario is not the most morally repressive place on the planet.  There are places in the Muslim Middle East, matched by the American Bible Belt, where anything even smacking of enjoyment, is flatly forbidden, or fiercely frowned upon.  In Ontario, some killjoy politicians may pass legislation, but after that, it’s just the rule-following sheep who work to prevent the goats from having any fun.

Alcohol and tobacco are moving in opposite directions here.  A recent visit to a smoke shop in Detroit reminded me of what I haven’t seen around here in years – dozens of brands of cigarettes, and cigars, and loose tobacco, cigarette holders, pipes, ash trays, even bongs.

In Ontario, convenience stores are forced to hide all that behind plastic or cardboard covers.  See no sin – do no sin!  That worked so well during Prohibition.  When a pack of smokes is pulled out, the manufacturers are forced to use ¾ of the package to display pictures of diseased organs, rotted teeth, and a saggy cigarette, hanging down in a 90 degree arc, above a notice warning, “Caution!  Smoking may cause impotence.”  F**k you!…..if I could.

Ontario has come a long way towards normalizing alcohol enjoyment and use, but we still have a long way to go.  Up here in ‘civilization’, a “party store” will provide paper hats, candles, confetti, crepe paper, and Happy Birthday banners, whereas, down in the states…..

My childhood neighboring small town was “dry.”  No alcohol of any kind could be bought or sold.  It remained that way for years – as long as the voters could stagger to the polls.  Bootleggers were endemic.  Average alcohol consumption was estimated at twice what my town’s was.

Past, and present, rules often seem to make no sense.  No establishment which serves alcohol may have double-swinging “barroom doors,” whether external or inner access, although Ontario will let you have a beer while you watch naked strippers, something many American locations will not allow.

Bars, and licensed restaurants, have only existed for the last 30/40 years.  Prior to that, hotels provided “beverage rooms,” two per establishment, one for men, and another for “Ladies and Escorts.”  You could have 11 drunks around a table, as long as there was one token female.

Waiters/waitresses could only serve one drink per customer at a time, keeping them constantly moving, bringing out all those singles.  If you saw a friend over in the corner, you were not allowed to pick up your drink and go join him.  The law required the already overworked server to carry your drink over for you.

When bars and lounges started popping up, you still couldn’t order just booze, food had to accompany it.  A round of drinks would include a vending-machine cheese sandwich.  Often, the server would scoop it up with the empties, and re-deliver and charge for it with the next round.

Beer was bought at buildings labelled “Brewers Retail,” until enough confused American tourists forced the monopoly to rebrand clearly, as “The Beer Store.”  There, that wasn’t hard, was it??  😕

They’re starting to sell a bit of beer now, but for years, the government-owned Liquor Control Board monopoly stores sold only wine and distilled spirits.  No spectre of Big Brother there.   In my lifetime, we have come from:

Immediately after WW II, you had to go to the Liquor Store and provide identification and proof of age (21 years).  You were given a small notebook, and were allowed, once a week, to buy only as much as you could list on that week’s page.  If you missed so much as a 2-ounce bottle of bitters for whiskey sours, you were forced to wait until the next week.

In the ‘60s, we moved to a paper slip system.  Write the catalog number of the booze(s) you wanted, and a clerk disappeared into the nether-world of the back room, where, presumably, elves brewed the stuff up, out of the sight of the susceptible public.  Since people didn’t move around, you could be put on The List.  If you were caught drunk in public last Saturday night, the liquor store would refuse to serve you this Thursday, and perhaps for several weeks, until a manager unilaterally decided to annul the sentence.

Finally, we have reached the point where we can actually see the stuff on the shelf, put it in our own little shopping cart, and pay for it at the checkout.  Be careful though.  Some of those weird rules still exist.  “Only people 19+ can legally handle alcohol in LCBO stores.”

A local mother stopped into an LCBO store to pick up an eight-pack of Guinness for her husband.  While she dug her wallet out of her purse, her 17-year-old son helped out by placing the beer on the counter.  The clerk immediately asked him for ID.  He explained that the beer was not for him, but for his mother, who would pay for it, but the Can’t Touch It rule had already come into effect.

She went back and brought a pack up by herself, but now the manager came over, and accused her of buying the beer for a minor.  He claimed that staff is highly trained to prevent “second buying.”  All very noble, but this staff could never be accused of second thinking.

Bureaucracy exists to assure its own continued existence – and some strange restrictions and regulations.