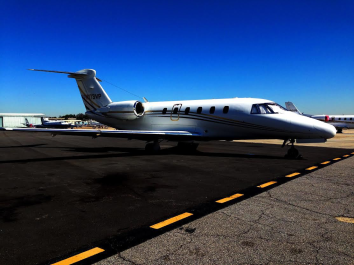 Here’s the World War I ace on his way to the aerodrome for dawn patrol. Ah, the lads have his Sopwith Camel ready to go.  It will be a cold flight, so first we taxi through the drive-thru at Drunken Donuts for a hot cocoa, then it’s into the air, to search for the Red Baron.

The day is crisp and clear. Flying is great.  Be sure to check above and behind so that the Red Baron doesn’t sneak out of the rising sun….

Why no, Officer, I was paying attention to traffic. How fast was I going?

Thank you to those who have had the patience to virtually accompany me on my Detroit trip.  I have a few, hopefully interesting information nuggets to distribute before we load up and head happily, but resignedly home.

In the display of one of the vendors at the knife show, I saw a four-foot *yardstick*.  I have a three-footer at home which is forty years old, from a long extinct local lumber yard.  This one must have been far older than that.  It had an inscription on it that read, “Four feet are better than three” because it was from a small company in Holland, Michigan, which made wooden shoes.  I find no modern reference to the shoe company, although the small city still has a Wooden Shoe Restaurant, a Wooden Shoe Mall, and a Wooden Shoe Greenhouse.  It’s known, of course, as the Tulip City.

It was incorporated in 1867 by a group of Calvinist Dutch, fleeing religious persecution.  What!  Again?!  Do these loving Christians never give it a rest?  This bunch was like our local Mennonites.  These Luddites wanted to keep “The Good Old Days”, and resisted things like vaccinations and fertiliser.  Also known as The Town of Churches, these highly religious folks have 170 of them for a population of 33,500.  Only The Church City, of Charleston, SC has more churches per capita.

As I returned to our room Sunday morning, after checking out, I walked past a cleaner’s cart with a Tim Horton’s cup on it.  Such a common sight in Canada, I almost missed the significance.  I went back to speak to the cleaner, but she was taking a smoke break.  The ladies in the laundry room were only too happy to take a couple of minutes off and talk.  Since we were there, over two years ago, Tim’s has opened at least six new outlets that they knew of.

One is about three miles west on the road in front of the motel, but Tim’s is opening another, just a mile to the east.  It’s supposed to be near the Outback Restaurant we ate at on Friday night, but I wasn’t looking for it then.  It will make it quicker and easier for motel staff to get their daily caffeine ration.  The laundry ladies say that a lot of people are abandoning Drunken Dunkin Donuts.  The buzz is, that both the coffee and the pastries are better.

We used to get our American satellite stations from Buffalo for years.  We got to know the on-air people and had a bit of interest in the closest U.S. city.  Then Shaw Entertainment swallowed my Star Choice, and now our American channels come from Detroit.  We often see ads for Tim’s.

Dunkin Donuts is making a push to get into Canada.  They have 79 outlets in Quebec, but only 2 in Ontario between Montreal and Ottawa, teamed with Burger King and Pizza Hut.  I don’t think Le Clown, in Montreal laps up their slop, but some of the frogs do.

To accommodate the grandson, we took a room with two double beds.  That’s a real crowded comedown for the wife and me, used to a queen-size bed for years.  For the skinny little grandson, he had all the room he needed, and more.  There’s talk of the son and I going back down in the spring.  A bed apiece won’t be bad.  If the GS can come with us, maybe he can bring an air mattress and sleeping bag.  If his gal comes along, they can rent their own room.

Finally, after gassing up, at prices less than Canada, we headed for the border.  The dump off I-75 to the bridge is now smoother also.  We paid our crossing fee, collectible on the American side, no matter which direction you go, and headed over to face Canada Customs.  I pulled into Murphy’s line.  It was the shortest, but, I think a trucker from Georgia drove through in another lane, while we still sat there.  Maybe the guy at the front had had plastic surgery.  Papers got passed out, and back, and more papers out, and back.  Finally it was our turn.  I reported for the wife and me, and let the grandson deal with the woman in the booth on his own.

I told her what we had, including two, one-liter bottles of vodka.  She then asked me what size the bottles were.  If you ask the question, shouldn’t you listen to the answer?  The grandson explained what, and how much he was bringing back, then our queen of security bent down, looked into the back seat, and asked the wife how much she was declaring.  The wife pointed at me, and said, “I’m with him!”

The drive back home along the 401 was quick and smooth.  The grandson got some nice photos, and even a video of the big wind-turbines.  I don’t know if she knows how to embed videos, but perhaps I can persuade the wife to post a story about the trip from her perspective, and include the pictures.

We stopped at the east-bound mate to the west-bound rest area, for a quick pit stop.  There were some heavy clouds overhead, but they were blowing west, faster than the sun was setting.  Suddenly it appeared in a big notch in the clouds, just like a sunrise in a mountain valley.  That shot would rival anything that Edward Hotspur has published.  If she posts, that one will have to be included.

Okay, verbosity has been expended.  Thanks for coming along on the drive with us.  I’ll get on with nattering about something totally different.