You can not prove (or disprove) the existence of God through philosophy, logic, argumentation or debate.

Figures lie, and liars figure – and words, and those who wield them, are not much better.

I once had a mathematics professor who had some spare time after one lesson.  He erased two blackboards.  At the top of one, he wrote x = 1.  He then wrote a simple binomial equation beneath it. Below that, he began to add factors – multiplying, dividing, squaring, till the seventh equation was fairly complex.

At the top of the next board, he began to solve and simplify – each equation becoming less complex, until the seventh line solved, to show that x = 2.  😕  I thought that I followed the sequence, and my buddy, the numbers nerd later assured me that I did – we all did.  The teacher had just proved something that was observably false.

The Arguments For The Existence Of God

The Cosmological Argument: An argument for the existence of God based on the observation that, since every known thing in the universe has a cause, which can only be God.

The Moral Argument: An argument for the existence of God which reasons that there must be a God who is the source of man’s sense of right and wrong.

The Ontological Argument: An argument for the existence of God that begins with the idea of God as the greatest of beings that can be imagined. As such, the characteristic of existence must belong to such a being, since it is greater to exist than not to exist.

Teleological Argument: An argument for the existence of God which reasons that, since the universe exhibits evidence of order and design, there must be an intelligent and purposeful God who created it to function in this way.

The Cosmological Argument – every known thing in the universe

Mealy-mouthed, and weasel-words, which only prove a narrow mind, and a pile of assumptions and pre-suppositions.

It is possible that there are things within the Universe which have no cause.  Just because they have not been observed does not prove them impossible or nonexistent, or limit the choice to ‘only God.’  It seems likely that the Universe itself has no cause.  It floated about, apparently forever, in the timeless, spaceless Meta-verse that God is supposed to “exist” in.  But the Universe is palpable, observable, malleable, and measurable, while God cannot be proved to exist beyond the hopes and faith of religious believers.

Reason: to think or argue in a logical manner.
to form conclusions, judgments, or inferences from facts or premises.
to think through logically,
There doesn’t seem to be much in the way of ‘reasoning,’ ‘thinking,’ ‘logic,’ or ‘facts’ in this unproven claim.  It denies Atheists’ claims that they are Good Without God, and ignores the observed fact that most Atheists are ‘good’ and moral, while many God-botherers fill prisons and divorce courts.

The Ontological Argument:
Like many Christian arguments, this one starts at the desired conclusion, and works backwards to somehow justify it.  There is no suggestion, no evidence, much less Proof, that there is a “greatest being,” and even if there is, there is no indication that it is the Christian God. As the argument even says, it’s all based on imagination.

Teleological Argument:
Apophenia is the tendency to mistakenly perceive connections and meaning between unrelated things. The term was coined by psychiatrist Klaus Conrad in his 1958 publication on the beginning stages of schizophrenia. He defined it as “unmotivated seeing of connections accompanied by a specific feeling of abnormal meaningfulness”. He described the early stages of delusional thought as self-referential, over-interpretations of actual sensory perceptions, as opposed to hallucinations.  Such meanings are entirely self-referential, solipsistic, and paranoid (Emphasis mine)—”being observed, spoken about, the object of eavesdropping, followed by strangers”.  Pareidolia is a type of apophenia involving the perception of images or sounds in random stimuli..

It is considered poor form and bad manners to say that religious people are crazy, but it seems that portions of their delusional, unsupported beliefs, must fall within the parameters of the clinical definition. 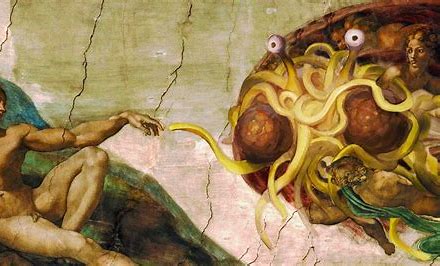 A Christian Apologist shut his mouth, and in doing so, (almost) shut mine.  I found him under the above title, making claims like

I left him a response that he apparently did not like.  He posed another question, but I could see that he wouldn’t like the answer to it either, and it would cease being a comment, and become a blog-post of its own.  I went back in my ‘notifications’ to pick up the beginning, but he had disappeared.  I accessed his post, and found that he had disabled all comments.  I did not realize that him doing that erased all existing comments on my site.  The following first bit is from fading memory.

Neither of your options is reasonable, and you limit your argument by claiming that there can only be two.  A little thought and research would show that there are more then that.  (1) You have not proved that “God” created the Universe, or that there is/was a purpose. (2) Your random appearance from nothing, for no reason claim is so highly unlikely that no reputable astrophysicist would espouse it.

Can you provide any other scenarios?  Either there is purpose, or there isn’t.

This is what he missed.

Imagine a race of spaceless, timeless beings.  One of them, the equivalent of an eight-year-old boy, possesses the singularity which will become our Universe.  Perhaps it is a function of the non-space where he exists, that it occasionally spits out singularities.  Perhaps he found and kept it, like a fossil – or perhaps it’s a toy that his kindly uncle made for him.  He’s been told to keep it safe on a shelf, but accidentally knocks it off, and it falls to the floor and opens up into our known Universe.

Forget about those possibilities, and let our little extra-dimensional kid grow up a bit.

Now he needs a project, like a volcano, for science class.  He decides to build a little mathematical model to demonstrate the laws of physics within material matter.  As he is winding it up, he gets a little goo from a non-material pseudopod on it, and one of the perfect orbs develops life on its surface, like mold.

In the first scenario, the entity which caused our Universe to exist, was not the Creator.  There was no ‘Choice.’  There was no purpose!  In fact, it was an unintentional accident.  The Instigator can hardly be regarded as “God.”

In the second scenario, the Creator, and the Instigator, are the same Astral Squid – which still doesn’t qualify as “God.”  The act of creation, and the resulting Universe, are both intentional, but the creation of life – Us – has no purpose.  In fact, if the Nebulous Nerd knew that his science project was contaminated, he/she/it/they might want to polish the planet clean…. Oh, wait, that Noah flood wasn’t rain; it was Poly-dimensional Purell.

Well, now, the question should be: out of these two equally-weird explanations, which one is best supported by evidence, logic, and reason? Which one is more Possible, Plausible, and Probable? Which one is most believable?

Actually, the question is: which of these two equally-weird pairs of explanations is best supported by evidence, logic, and reason? Which one is more Possible, Plausible, and Probable? Which one is most believable?

I know that most Apologetics would dismiss my hypotheses as childish, but they both are as probable – likely more so – than either of his restrictive offerings.  If a rank amateur like me can easily come up with two alternatives, surely intelligent, educated scientists can come up with more, and better.

It may really not be possible to do away with myths. The myth is as much a part of the human need as the allure of it. Even when one does not want to, there will come a time when a person feels the need for a story. This inner need expresses itself as a search, or as a desire. It may come early in life or it may come late. Nevertheless, a person who thinks, is bound to realize a sense of emptiness. Nothing but a story could fill it. All a person would want or hope for is to find a good story, and then, live it.

This is where one person differs from another. It’s easy to understand. What isn’t easy to understand is always, why one person chooses one story to understand his reality, while someone else chooses another. It is to be understood that: Till the time a person finds the story – the myth – that satisfyingly explains his existence and gives purpose to his mind, his soul, the power within is still not released. It is looking for its expression. The myth provides the expression. Only then, when one goes deep into his personal myth, is it no longer just a story, but life itself. Myths are clues to the spiritual potentialities of the human life.

Every culture ought to provide a satisfying myth to the people it holds – one might say – captive. Yes, cultures hold at least some persons captive, while the vast majority are simply organized by it. This is what we understand to be a society. Is that not true? The exceptional individuals of society – the artists, the searchers, the thinkers, and the visionaries – if they succeed in finding their creativity-unlocking-myth, will then become the heroes and the leaders. They may even one day become legends that others recall with some fondness and some fear.