Rochelle turned the tables this week, by writing about exactly what’s in the picture. I’m going to turn them back again, by writing a tale about something that’s not even there.

“No, the big oak, by the dock, quick, he’s getting away. Take the shot, take the shot! ….The lens cap is still on??!  You’re the photographer, I told you to have your fancy camera ready! ….  Argh!  He’s gone.  We could have been rich and famous.”

“A clear picture of him hiding from humanity would be worth $20,000 to the tabloids, but the shot you missed, of Bigfoot fishing from someone’s porch chair in the lake, would have made us both millionaires.”

Most Famous Man Who Ever Lived

One day many years ago at a school in South London a teacher said to the class of 5-year-olds, “I’ll give 20 pence to the child who can tell me who was the most famous man who ever lived.”
An Irish boy put his hand up and said, “It was St. Patrick.” The teacher said, “Sorry Alan, that’s not correct.”
Then a Scottish boy put his hand up and said, “It was St. Andrew.” The teacher replied, “I’m sorry, Hamish, that’s not right either.
Finally, an Indian boy raised his hand and said, “It was Jesus Christ.” The teacher said, “That’s absolutely right, Jayant, come up here and I’ll give you the 20 pence.”
As the teacher was giving him his money, she said, “You know Jayant, since you are Gujarati, I was very surprised you said Jesus Christ.” He replied, “Yes, in my heart I knew it was Lord Krishna, but business is business!”

They sit down and the friend says “You know Nora, you have the greatest breasts I have ever seen. I’d give you a hundred bucks if I could just see one.”

Nora thinks about this for a second and figures what the hell – a hundred bucks. She opens her robe and shows one. He promptly thanks her and throws a hundred bucks on the table.

Nora thinks about this and thinks what the hell, opens her robe, and gives him a nice long look. He thanks her, throws another hundred bucks on the table, and then says he can’t wait any longer and leaves.

A while later Tony arrives home and his wife says “You know, your weird friend Chris came over.”

Tony thinks about this for a second and says “Well did he drop off the 200 bucks he owes me?”

An Italian, French and Indian all went for a job interview in England. Before the interview, they were told that they must compose a sentence in English with three main words: green, pink and yellow.

The Italian was first: “I wake up in the morning. I see the yellow sun. I see the green grass and I think to myself, I hope it will be a pink day.”

The French was next: “I wake up in the morning, I eat a yellow banana, a green pepper and in the evening I watch the pink panter on TV.

Last was the Indian: “I wake up in the morning, I hear the phone “green green”, I “pink” up the phone and I say “Yellow.”

When NASA first started sending up astronauts, they quickly discovered that ballpoint pens would not work in zero gravity. To combat the problem, NASA scientists spent a decade and $12 million to develop a pen that writes in zero gravity, upside down, underwater, on almost any surface including glass and at temperatures ranging from below freezing to 300 C. The Russians used a pencil.

Ever since I first saw Wynton Marsalis, I’ve wanted to play the trumpet. Man, that guy can blow.

I asked my Dad, but he said we can’t afford to buy one. I should learn to play Granddad’s Euphonium instead.

Euphonium??! Not even a real tuba? They don’t get money, fame and girls.  What does he think, I want to join the USC Marching Band?  Name me one famous Euphonium player.

“I was crossing the park bridge, going to the instructor’s. A guy on a bicycle bumped into me, and it bounced off the bridge – twice – and landed in the creek.” 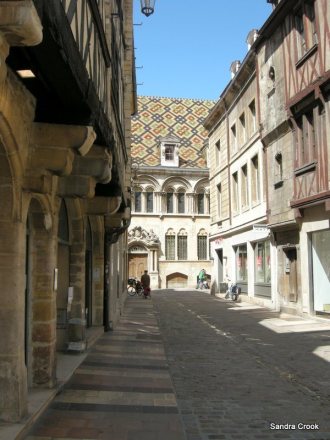 Milos came to America as a teen, intending to become rich and famous.  He worked hard, always thinking about returning to his home for a visit.

Hard work alone guaranteed neither riches nor fame.  Sometimes you needed a little bit of luck.  His first chance to return to beautiful Zagreb came with a small lottery win.

Many Americans were so immediate.  They had no sense of history.  They thought ‘old’, was yogurt past its best before date.

There were buildings on this quiet street which had been erected over three different centuries, two of those before the United States existed.