I’ve Got A Secret! 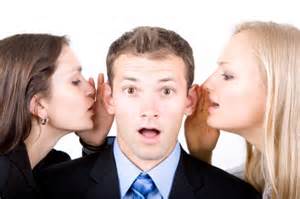 I recently discovered why I am not a gossip.  In my long, loner, loser life, no-one has felt me important enough to entrust me with information that I could pass on, or a confidence that I could betray.  It’s easy to not be a sinner, when you’ve never been tempted.  That changed recently.  Somebody told me something.
SOMEBODY!  TOLD!  ME!  SOMETHING!
HOLY SHIT!!

I always thought that cartoon characters with steam pouring from their ears were just a joke.  I’ve got lots of empty space inside my head to absorb an explosion.  Damn, I almost lost my eardrums.  I found one of my eyebrows under a footstool.  It’s a good thing I was sitting down.  I had an attack of the vapors. Everything got fuzzy, and swirled around.  I needed a mint julep to calm my nerves.

‘I need to set up a Twitter account!  I’ll have to open a Facebook page!  Is the computer turned on?  Hand me the cell phone!  Will the extension ladder reach the roof?  I have to get up there and shout this out!’

Easy boy!  Just stick your head in a bucket of ice cubes and water.

About a year ago, I thought I did a favor for a friend.  She didn’t provide all the necessary relevant information, and I recently found that, instead of being of assistance, I’d just been spinning my wheels.  When she fully briefed me, I was able to make an informed choice of a different option.  It’s still early days yet, but this time I think it’s going to take.

To ensure the greatest likelihood of success for another small favor, she filled me in with some background information.  It was like watching the movie Inception.  REALITY CHANGED.  Nothing was what it had seemed.

The information wasn’t down and dirty, or evil and perverted.  In fact, quite the opposite!  This news was happy, joyous, fulfilling, uplifting – just social and legal stuff that needed to be dealt with before the general public is allowed to know about it.

This is “Christ Is Risen” news.  I should be riding from village to village on a donkey, proclaiming the glorious story.  You should know me from afar by the golden radiant glow of the wondrous tale within me – and I can’t say a word.

The wife and son and daughter know the lady, and like her.  They’ve worried for a while because she seemed to be stressed, but now feel better because things seem to be going smoother.  They would approve of the information.  They would be ecstatic to know the full truth, but I cannot say a thing.  Don’t ask me.

Two people can keep a secret – if one of them is dead.  While I am sometimes tempted, I really don’t want to have to shoot a couple of them.  I’m just going to sit here with a knowing smile on my face, and bask in the warm glow of the trust I’ve been given.  In the fullness of time, this situation will resolve itself, and I will no longer be the only one who is permitted to be thrilled for my our friend.

In the meantime….I do not have a character defect.  I do possess self-control, as well as moral and ethical standards.  I am not a gossip!  I am happy that my friend will be happy, and she will be happy if I keep my mouth shut.  If only others could.