Fellow-blogger, AFrankAngle, usually publishes organized, well-researched posts.  Some time ago, he made a brief foray into writing fiction.  Being, among other things, a ballroom dancer, he wrote a short piece about a perhaps-reluctant couple engaging in an Arnold Schwarzenegger, True Lies-type Tango.

Another blogger picked it up, and modified it.  He changed plain text to fancy script, formatted it like blank verse, photo-shopped it onto pictures of pretty shells, and returned to Frank a piece of art worthy of framing.  Click here if you’d like a look.

Impressed with the reactions to his repost, Frank has decided to use it once again.  After the line, “The music ends.” he removed his final two lines, and has put it up for download, with the challenge to anyone interested, to write an alternative ending in 75 words or less.  Below is my version.  Click on his blog name above, to read more, or to try yourself.

The music starts – its tempo and rhythms define the dance. He approaches her table, and extends an inviting hand. She accepts. They take to the floor. He offers a hand and a frame. Again, she accepts, but looks away while in hold as if to say, “I’ll dance – but I’m not interested.”

They move to the music’s sharp, fiery rhythms that are intertwined with sensuality. Their eyes continue gazing in opposite directions to avoid a visual connection – yet, their bodies touch.

They dance – they move – sometimes slow – sometimes fast – but always sharp and to rhythm.

He rolls her out – they flick in unison. He tugs to rolls her back into his arms. She shrugs him off by returning to hold with her head turned away. Their steps continue.

He steps back – a lunge – a corté. She steps forward and raises her leg against his, and slowly moves it downward as a caress. He notices – she’s got his attention. As he returns her to upright, their eyes connect through a glimpse – yet each looks away.

The pace seeming hastens. The musical beat remains steady. Their moves remain sharp. Their eyes are starting to communicate to the other through glances.

She leans her body into him and her head is no longer facing away. They lock their eyes for the first time, and her eyes and face speak to him when. She places her head on his chest.

The normally sharp fans are now slow and smooth – yet still to the music’s rhythm. As she turns, his right hand slides naturally along her sleek frame. He notices the curvature of her hips. His head is not as high as he looks toward her with hopes of connecting again.

To him, her face displays desire. Her eyes are closed, but only she knows why. They are now in another place. To him, they are in the midst of passion. To her, she is the seductress who has succumbed to his fantasy.

He responds to the music’s fire with 8 fast steps down the floor. He rolls out as before, but on her return, she is close – and her right hand slowly caresses his face. The music ends.

She raises her goddess face to his.  Her limpid brown eyes catch and hold his.  He stares into an eternity of joy.  Slowly, her carmine, rosebud mouth opens, and…. 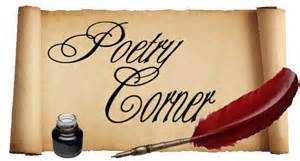 On Thinking Of My Love

And love Thee; And need Thee; And have Thee not,
Yet the Light of Thy Presence banishes the darkness of my loneliness,
Joy and sweet Happiness personified.

But the great pinions which would fly to Thee
By dark and dreary mundane passings, are clipped.

Oh Beauteous One!  Sweet life itself Thou art to me.
Full well know I Thou art my soul,
And my heart be not full and complete without Thee.

And forget Thee?
Say nay!!  For with me always art Thou,
In both angelic face and soul,
In sweet remembrance.

Thy kind, pure person,
With ever-happy, smiling countenance
And silvern, crystal laughter,
Desire I by my side.

Yet despair not and nor will I.
Soon, Love, shall we be rejoined,
That I may again drink deep of the pure, clear stream
Of my devotion, and offer Thee

On humble knees,
The obeisance
Of my love to thee.

Phoenix-Maker Thou art; Truly,
Shaper of Fate and Fortune,
To burn away the nothing detritus
Of a nowhere life,

And from the ashes, draw,
Hot and molten, the nub of an almost forgotten past,
To be forged on the anvil of Reality,
Into a tool with which to garner a fuller future.

Guide Thou art, taking by the hand
A soul, lost in the wilds of mediocrity and suburbia,
Drawing a willing spirit past
The traps and pitfalls and morés
Of reliability, and respectability, and responsibility,

To a haven of a life to be lived
And savored and enjoyed,
Not merely observed and endured.

Friend Thou art, and much, much more.
Lover even, to give of the heart and soul and mind and body
To one so unworthy of Thee.

Treat me as Thou will,
Yet I hope it be not ill.
Spurn me not, nor leave me lonely,
For now Thou art my one and only.

In the ongoing Autumn Housecleaning, I came upon this, one of my first (and fortunately few) love poems, in free verse and archaic language.  The wife and I are coming up 48 years married, so you can imagine how old this attempt is.  Be kind to the callow 21-year-old me, who thought he could impress a woman with poetry.   🙄