#5 – Five things that irritate you about the same/opposite sex

The first thing that I am irritated by, is the wording of this item. Really?? Blame an entire gender for not one, but five things?

People are people. Their actions and attitudes fall along a bell-curve. No matter how large or small the group, there is no one thing that ALL of them agree on or do. Like race or religion, you can’t blame the entire group, just because there are some assholes within it – and there are assholes in every group. I prefer to judge people one at a time, on a case by case basis.

What irritates me about people, whether singly or as a group, is where they rub up against others, and do it badly. I am all for self-confidence, but not when it becomes egotism. There generally is no excuse for intolerance, or greed. These are just ways for insecure people to keep score, in a life that should not be lived like a game.

I wondered if I was too easy-going – too laissez-faire, because I couldn’t find five things to be irritated about, by a large group of anonymous strangers. Then I looked back at the things I’ve posted about, and forward at the file of posts I have ready to go. Nah, I’ve got plenty of things that irritate me.

A commenter asked me why I occasionally bother to read posts by Bible-thumping Christians. Why would you expose yourself to that? Because, while they may be irritating, they can also be entertaining and fall-off-the-chair funny.

I read one recently, who claimed that God caused all the evil of Earth to sink to the center, and the compression caused the core to heat up. God then used the molten core for Hell, and the increase in the size of Hell and the heat, caused plate tectonics, and Pangaea to break up. The continuing addition of Earthly evil and condemned souls causes Hell to continue to expand, and the rising heat is the cause of Global Warming. You can’t make this shit up…. although, he did. I don’t know whether to applaud the creativity, or just give him a slap upside the head.

I don’t think that I’ll bother to try to find five irritating things, while the list-writer is busy getting psychological therapy. As a proponent of Inclusion, I think I’ll try to find five ways that we can all just get along. Wanna help?? Drop your suggestions in the comments.  😀

Nemo enim est tam senex qui se annum non putet posse vivere.
No one is so old as to think that he cannot live one more year.

That’s what I need, a government of old people….wait, that’s what we already have. With age, is supposed to come wisdom.  What we really need is a government of people who are old and smart and capable, not old and stupid, or old and greedy, or old and incompetent, or old and egotistical. (Did somebody just whisper “Donald Trump”?) People who have learned from their mistakes, not learned to make more.

With my age and intelligence, I should be able to finagle myself a position as Minister of Medical Association. Thirty years ago, a doctor told me to take my Little Black Book, with the names and numbers of all the hot chicks….and throw it away.  Get another one he said, you’ll need it.

He was right! My new little black book now has the greatest collection of names of people that I pay to touch me, but they all have M.D. after their name, or chiropractor, or massage therapist, or optician.  The optician one is real important.  Without her, I couldn’t read the telephone numbers of any of the rest.

A comedian once said that, the people who really know how to run the country are all cutting hair or driving cabs.  I think that they’re all busy playing Bingo, or getting the Early Bird Special at Shoney’s. 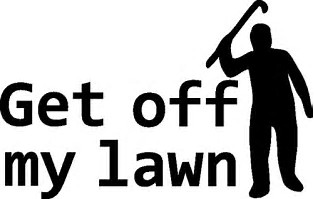 He went to visit Grandpa again.  As he had for almost a year, he’d ply him with beers, and impress him with how great a guy he was.  Surely he wouldn’t last much longer.

“Come in Rob.  I just finished writing up my will.  I’ll get us some Coors.”

Quick, while he’s out, read it.

“The house is on reverse mortgage.  The bank gets it when I’m gone.  Being of sound mind, I spent it all.  To my grandson Robert:  Stop waiting for it to fall in your lap.  Go get a job.”

Go to Rochelle’s Addicted to Purple site, and use her Wednesday picture as a prompt to write a complete 100 word story.

I mentioned to BrainRants, that one of the drawbacks of socialized medicine is inefficiency.  Most practitioners – doctors, nurses, technicians, are in it for the good of their patients.  Some of them though, and perhaps more of the clerical support, don’t have that commitment.  They know that their job is almost guaranteed by the government, so there is no need for speed or accuracy.  This is one of the reasons for things like long wait times in emergency.  As I mentioned in a previous blog, about having two different clerks take exactly the same information, sometimes the reason for a position disappears, but, the redundant clerk remains, unfireable, sometimes unnoticed.

Another downside of socialized medicine, is the unnecessary and/or excess billing by doctors and clinics.  Higher than necessary and non-valid claims are sent to uncaring, overwhelmed government clerks, too busy to pay close attention, and, in many cases, more interested in Keeping their job, than in Doing their job.

Not that I am suggesting anything illegal or unethical, but, these are just a few of the things I have noticed lately.

I had blood work done for my vision problem.  My doctor’s receptionist called me and told me that I needed to come in to see the doctor about my high cholesterol, which I did.  When the doctor came into the exam room, she didn’t even know why I was there.  The base-line for the tests I took is 5.5.  My result was 5.7, the same as it was a year previous.  I didn’t Need to come in, but it was a billable visit.

My wife had some blood tests run.  The clinic at her doctors’ building is open from 5 till 8 PM, five evenings a week plus Saturday and Sunday.  We got a – I don’t want to say *urgent*, perhaps *strenuous* – call on a Saturday afternoon, from a clerk, who informed her that she had anemia, and should come in to the clinic the next day for a prescription for iron medicine.  We waited three hours for her to be seen by A doctor, not Her doctor, then we took the prescription to our pharmacy and had it filled.  Commonly used to drug bills from $300 to over $1000, I was astounded when the pharmacy clerk wanted $1.79.  It was an over-the-counter pill that could have waited for her next visit to her doctor to be recommended, but, that was a billable, urgent-care visit.  The doctor who wrote the unnecessary prescription is a cosmetic surgeon.

It seems a good idea to ascertain the cause of anemia.  It could be an ulcer, or other internal bleeding.  The wife had an appointment booked with her doctor about an ongoing sore throat and cough.  While she was in, she asked about the anemia.  Her doctor checked the results.  Like my case, the base-line is 130, and her result was 127, barely below the warning line.  The results did show that she produces red cells of different sizes, an unusual occurrence, not necessarily dangerous, but definitely worth investigating.  The other doctor didn’t mention a thing about that.

The wife and I both recently got two/each hearing assistors.  We were told that they were $2000/pr.  My retirement benefits would pay a thousand for each of us and the government gets stuck with the balance.  When the wife went to file the paid invoice, she noticed that each $2000 bill, was actually over $2900.  Besides the charges for hearing aids, the government got billed for the hearing tests.  There were $450 dispensing fees.  There is a 30 day check-up, and a 90 day check-up, and then yearly  follow-up visits.  I’d like to think that, at least some of that is included in the $450, but I’ll bet not.  There were even $85 ear-mould charges.  I don’t remember any ear-moulds being taken, especially since these things have a soft ring on the inner end, like a ski-pole bottom.

My daughter was also tested and prescribed hearing assistors at the same time.  Three at one blow, sounds like the little tailor, killing flies, for Mother Goose.  She is disabled, and all her medical bills go through the Ontario Disability Services Plan.  Because of this, we were led to believe that her units would be somewhat less expensive than ours.  After several weeks of not hearing (Oh, funny!  That’s why we went in.) about her units, she called her case-worker.  Perhaps thinking that this was just another, typical government agency, they had recommended a $5000 pair.  She’s tried the wife’s units.  They work just fine.  We don’t need a Porsche, and the ODSP will only pay for a Ford.  I don’t blame them.

I think this hearing company is now under watch, if not investigation.  The daughter now has to go to another hearing clinic and be retested and resubmit.  ODSP will accept no further submissions from this company.  This means that the daughter’s chances are less than they were, and, even if her next request is honored, there will be bureaucratic delay.

Not every crook is a Bernie Madoff.  Many just keep chipping away, small scale.  Many never get caught.  The egotistic greed is disappointing.  Instead of this money buying a cottage or a bass-boat, it could be used to actually help someone who really needs it.