Here’s a chance to lie your face off. Choose any or all of the following questions, and tell it like it isn’t. Go big, or go home. Copy the questions and post them on your own site, for others to see. Imagine away! 😉

These are my answers, and I’m sticking to them. Make up some of your own.

I feel the truth serum kicking in. I cannot tell a lie. I chopped down Ben Franklin’s kite, and used it to write my next blog-post on. Stop back again in a couple of days, and see what happens when someone makes an honest man of me. 😉

….Agnostics, Jews, Muslims, Buddhists….pretty much anybody who’s not them! 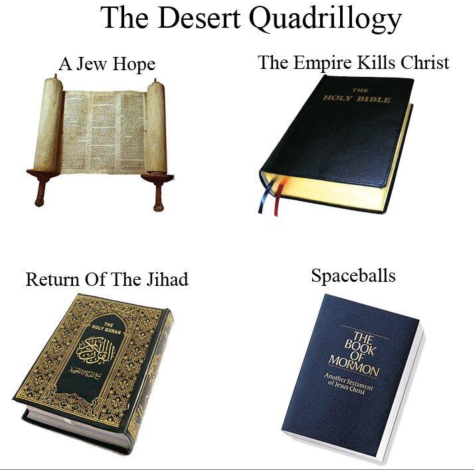 ‘Good Christians’ often paint themselves into a corner with reality and society. The more Fundamentalist they are, the more numerous, and tighter, the corners.

Churches are not bastions of religious discussion. They are merely echo chambers.  Congregations congregate in buildings which are full of people who think exactly like them – no further thought required.  The strangely-dressed bellwether at the front says ‘Baaa’, and they all nod and pass the collection plate, eager to be fleeced.  There’s a reason that they’re called a flock.

Atheists are happy to be on their own, thinking their own thoughts and making their own decisions. For many Christians, it is not enough that they accept the existence of God, and Christ as their Savior; they must Have Faith, and Believe, to be able to go to Heaven.  The mere existence of Atheists, to say nothing of some of their more loudly-held opinions and arguments, undermines that faith and belief, and it scares the Hell into the Fundies.

If someone tells you that they CHOOSE TO BELIEVE – in God, or anything else – they’re full of bullshit, and they’re trying to feed some to you.  People believe because they are convinced.  They can become convinced, but it’s not controlled by an on/off switch.  They can claim that they’re convinced.  They can fool others.  They can even fool themselves, but if the God that they ’believe’ exists, really does, they’re not going to convince Him.  And so, the hatred of, and discrimination against, Atheists begins, to remove all doubts.

I can’t count the number of blog-posts and articles I’ve read, where someone raised in a ‘Good Christian’ home, becomes an Atheist. It seems the more Fundamentalist and Evangelical the household – the more likely it is to happen.  Possibly it’s because the mistakes and hypocrisy and fuzzy logic are more apparent, and easier to see.

It is sadly amusing how so many of these poor souls realize and admit that, based on the claims they’ve heard, they find no proof that the God described really exists. Many of them strongly resist calling themselves Atheists, because they’ve been taught that Atheists are evil, nasty and sinful.  I’m not evil, nasty, or sinful. I’m a nice person.  I can’t be an Atheist!  But the Christian families that kick them out, or entire Bible-belt towns who shun them, harass them, and force them to move away, are evil, nasty and sinful.

I’ve been preaching for years about the ego and insecurity that fuels this type of behavior. Sacred cows make the tastiest hamburger.  You don’t have to blindly believe in My truths, because, while I’m not imaginary, I’m only G.O.D., not God.

Thanks to Piya Singh for this week’s photo prompt

“Bricks are too expensive; I used free fieldstone; it’s much stronger!”

The Big Bad Wolf said, “I’m going to huff and puff, and blow that house down.”

The third Piggy replied, “Not today, bitch!” He stuck a 12-gauge SPAS shotgun out the tiny window and blew the wolf away.

They all lived happily ever after, with their feet on a wolf-skin rug.

I wanted to include a line about, “This State’s got a Stand Your Ground Law.”, but a word limit is a word limit.  You’ll just have to imagine it.  😆

Go to Rochelle’s Addicted to Purple website and use her Wednesday photo as a prompt to write a complete 100 word story. 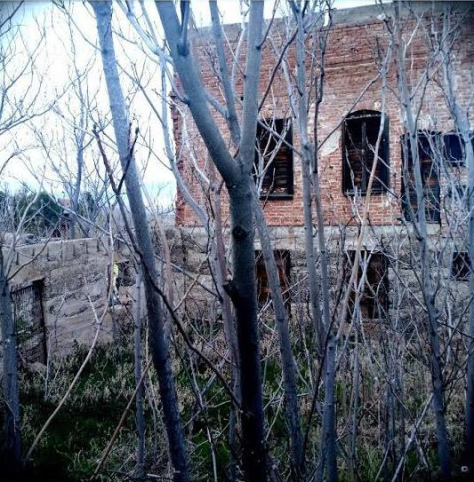 HOW DRY I AM

Mankind is a blight upon the face of the Earth. I believe the line in The Matrix which says Humanity is like a virus.

This was a nice little town, until someone drilled a large-bore water well. Even then, it was happiness and prosperity for thirty years – till the aquifer went dry.

Then there was no more water for drinking or manufacturing. The water-dome collapsed, the soil compacted, and entrances at ground level, now needed ladders to get up into.  People moved away, plants and animals died, and the town, with its proud history and spirit, died with them.

Everything was black and white.  He was right, and that’s all there was to it.  He’d be damned if he was going to grovel and apologise.

Everything about their relationship had become frozen, coated with icy exchanges, every detail covered with the rime of discord.

“Honey?  I’m sorry!  I shouldn’t be so rigid.  You have the right to your opinions too.  We should learn to compromise and get along better.”

….and the sun of their former love began to shine again, bringing back the warmth and glorious colors of their past.  He could visualize a bridge back to former happiness.