O Great God CONFORMITY, give us the power to make everyone else, just like us!

Yea, verily, in the beginning was the EGO. And the EGO begat an Opinion.  And the Opinion fed upon the EGO, and the EGO raised up the Opinion, until it was greater than Creation itself. 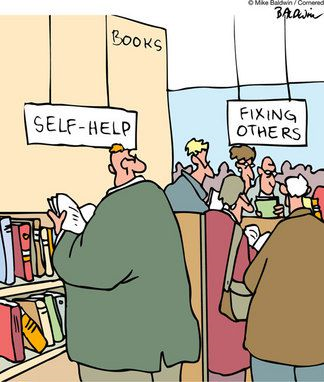 This was going to be a light, fluffy piece about the cola wars and pizza, until I realized how serious and ongoing this idea actually is.

The very history of the human race is a history of those with any kind of power, forcing the rest to agree with their often-incorrect opinions.

It was already old 4000 years ago, when Moses climbed a mountain. When he finally came back down with the Ten Commandments, the first thing he and his cadre of cronies did, was disobey Commandment number four – Thou Shalt Not Kill – and executed 3000 Israelites without a chance to recant, for holding an opinion that wasn’t even officially prohibited before Moses left.

The Inquisition was 500 years of torture and murder of anyone who dared stray from a very narrow religious path. The Crusades were a series of long distance religious disputes.  The Thirty Years War was not fought for riches or territory, but for the right to impose opposing Christian dogma on individuals, cities and nations.

Towns near the ever-changing line of combat could have their religious allegiances forcibly changed from Catholic, to Protestant, and back to Catholic, half a dozen times in a year. One town was known to have a number of….weirdos – vegetarians, artists, free-thinkers, Gnostics – heretics of the worst sort.  When Tilley and his forces arrived, he gave the order, “Kill them all!  Let God sort them out.”

Every man, woman and child; every dog, cat, pig and chicken was slaughtered. The town was burned and pulled down, razed to the ground till no stone stood upon another.  Thousands of innocents were slaughtered, just to ensure the elimination of a few who held contrary opinions.

Too often I’ve heard the Coke is better than Pepsi claim, or listened to gearheads argue whether Ford or Chevy is better.  When I researched for my P Is For Pizza post I was amazed at the vehemence of opinions.  Theirs was right, and everybody else was wrong.  Thick crust!  No, thin crust!  New York style!  New York sucks, Chicago style rules!

This might be understandable, if all people, and all colas, were the same, and some folks were willfully disagreeing, just to be disagreeable. To some people’s taste buds (mine included), Pepsi is refreshing, and Coke is too sweet.  It makes no sense to hold forth on whether Doc Martins are better shoes than UGGS, to a person in a wheelchair.

Other than my (often) aforementioned ‘Ego And Insecurity’, I don’t understand the driving need of so many people to foist their opinions upon others. ‘Live and Let Live’, or the Biblical, ‘Do Unto Others as You Would Have Done Unto You’ doesn’t seem to enter into the equation.

I know that none of my gentle readers would force their beliefs on others, but I’ll bet that you have seen, and been peeved by, all too many who have.  Anybody want to cite specific examples??

Let’s face it — English is a crazy
language. There is no egg in eggplant
nor ham in hamburger; neither apple nor
pine in pineapple. English muffins
weren’t invented in England or French
fries in France. Sweetmeats are candies
while sweetbreads, which aren’t sweet,
are meat.

We take English for granted. But if we
explore its paradoxes, we find that
quicksand can work slowly, boxing rings
are square and a guinea pig is neither
from Guinea nor is it a pig.

And why is it that writers write but
fingers don’t fing, grocers don’t groce
and hammers don’t ham? If the plural of
tooth is teeth, why isn’t the plural of
booth, beeth? One goose, 2 geese. So one
moose, 2 meese? One index, 2 indices?

Doesn’t it seem crazy that you can make
amends, but not one amend, that you comb
through annals of history but not a
single annal? If you have a bunch of
odds and ends and get rid of all but one
of them, what do you call it?

If teachers taught, why didn’t preachers
praught? If a vegetarian eats vegetables,
what does a humanitarian eat? If you
wrote a letter, perhaps you bote your
tongue?

Sometimes I think all the English
speakers should be committed to an
asylum for the verbally insane. In what
language do people recite at a play and
play at a recital? Ship by truck and
send cargo by ship? Have noses that run
and feet that smell? Park on driveways
and drive on parkways?

How can a slim chance and a fat chance
be the same, while a wise man and a wise
guy are opposites? How can overlook and
oversee be opposites, while quite a lot
and quite a few are alike? How can the
weather be hot as hell one day and cold
as hell another?

Have you noticed that we talk about
certain things only when they are absent?
Have you ever seen a horseful carriage or
a strapful gown? Met a sung hero or
experienced requited love? Have you ever
run into someone who was combobulated,
gruntled, ruly or peccable? And where
are all those people who ARE spring
chickens or who would ACTUALLY hurt a fly?

You have to marvel at the unique lunacy
of a language in which your house can
burn up as it burns down, in which you
fill in a form by filling it out and in
which an alarm goes off by going on.

English was invented by people, not
computers, and it reflects the
creativity of the human race (which, of
course, isn’t a race at all). That is
why, when the stars are out, they are
visible, but when the lights are out,
they are invisible. And why, when I wind
up my watch, I start it, but when I wind
up this essay, I end it.