I may disagree with what you have to say, but I shall defend, to the death, your right to say it.
Voltaire

It has become a nation of whining, exclusionist, pushy, cancel-culture, entitled, thugs.  The attitude is everywhere – in politics, religion and day-to-day social interaction.  The give-and-take is all gone, replaced by take! take! take!  They advocate #MeToo, but it’s all Me, Me, Me!

The hardest job kids face today is learning good manners without seeing any.

No-one takes the time to consider others as individuals, especially ones with valid opinions of their own.  Everyone else is just reduced to labels.  It is far easier to shout names at people, than it is to critically think.  Tribalism runs rampant.

Woke: a selfish ridiculous attitude towards anything, by people who feel undervalued and have the need to express themselves obnoxiously without regard for others.

Their guiding principal is “never let a crisis go to waste.”  Only in times of a pandemic, a national quarantine, or volatile race relations, can the new, upscale, leftist revolutionaries use fear to push through policies that no-one could stomach in normal times.

They hate dissent.  They try to destroy anyone who questions their media-spun hoaxes.  Truth is their enemy, and fear is their weapon.  George Orwell warned about 1984.  It’s a little late, but 1984 is upon us.

A hundred years ago, politicians referred to members of other parties as, The Honorable Member, or, The Respected Mister ….  They were Opponents – equals; they just didn’t want to do things ‘our way.’   Soon though, Honor and Respect disappeared.  Those who had been Opponents, became Adversaries.  In the 1960s and ‘70s, Adversaries became Enemies.  There’s no Go along, to get along.  Death threats are now the accepted form of political statement.

Over at the Temple of Peace, Love, and Acceptance, things aren’t any better.  A Christian College has been denied accreditation as a school by the Department of Education, rendering any diplomas invalid.  Their publicly posted mission statement clearly states who they will discriminate against.  An Op-Ed letter quoted the president, saying that he loved everybody, but would not accept that Catholics, Muslims and LGBTQ+ views were truthful, and then ironically demanded equality and fairness.  I was going to fire off a superheated rebuttal, but didn’t, when I realized that I could boil my reply down to two words.  YOU FIRST!! 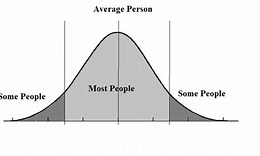 There’s another Civil War brewing in America.  This time, it won’t be the North against the South – exactly.  It may become a schism between the Red States, and the Blue States, or the Bible Belt against the Quietly Spiritual.  I would hate to see that happen, because the only thing that keeps public culture safely in the middle of the social bell curve, is the fact that each side balances the other out.  If there’s a split, no matter which side you opt for, with the best of intentions, the brakes are off.  It’s a long slide down that slippery slope.

We’ve lost the ability to disagree with one another, without trying to cancel each other out. Woke is the new religion.  Statues come down, and schools must be renamed.  It is the ultimate conceit to apply today’s truths retroactively.   Quite soon, a Theocracy or Oligarchy will form, which will make Nazi Germany or Communist Russia look like a day-spa.  It won’t be pretty, kids.  Be careful what you wish for.  Pandora’s box isn’t quite empty.   😯