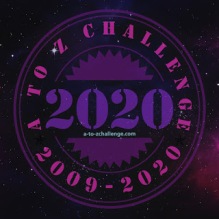 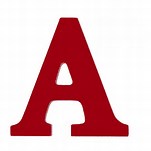 One of my beloved family members told me to stop procrastinating, and get writing on this blog-post, but I don’t procrastinate. With thanx to Jim for making me aware of it, I’ll start this year’s series from a dead stop, with the word

Anosognosia is a neurological deficit in self-awareness, a condition in which a person with a disability is unaware or in denial of its existence. Like most other medical conditions, there is a minimum threshold value which must be reached before a doctor will officially diagnose this problem.

That doesn’t mean that people in your life don’t suffer from it to some degree, while we have to suffer because of it. Whether it’s the wife/husband that you happen to be married to, or the idiot in the next cubicle at work, they’re all a Little Miss Can’t-Be-Wrong.  They can’t be in error! You must be mistaken.

I was going to suggest meditation for recovery of calmness, but the last time I meditated, by the time I was finished, I had amassed a significant list of, mainly undetectable, methods of murder removing the problem: eye drops in the coffee, rat poison in the doughnut in the break room fridge, which I knew he’d steal, a shoelace garrotte, a computer power-bar that just happened to short out. Perhaps you should just leave the meditation alone.

I’m not always right, but I’m never wrong. I thought that I was wrong once, but I was mistaken. There’s nothing wrong with you showing up again in a couple of days. I’m all right with that. 😀

My daughter is a spinster. Yeah, yeah, I know, there’s a lot of single women these days. Well, my daughter is single, but I meant that in the literal sense. Unlike Rapunzel, she can’t spin straw into gold, but she does spin a variety of materials into some very nice artisan yarns and threads.

My son suffered from some psycho-social problems, which meant he didn’t leave home after he graduated from high-school. He didn’t get a job for over ten years. Instead he was our majordomo. He vacuumed and dusted, mowed grass and shovelled snow, helped with laundry, ran errands and did a lot of the cooking while the wife still worked. The daughter had an independent streak and was already out on her own when he failed to launch. Unlike the three of us loners, she has a big list of friends and acquaintances.

She had several jobs, including living on a farm and tending horses. She suffered numerous non-work-related accidents which pretty much ruined both of her knees. After giving birth to her son, at home, in a cleaned and sanitized bathtub, with the assistance of a friend and two mid-wives, she lived on mother’s allowance until the government announced some major changes in social assistance which forced her to work with her doctor to qualify for the disability benefits.

She/we found that the numerous physical shocks like that, can cause fibromyalgia, a neurological affliction which can cause great pain and weakness. Doctors are a little more aware of it now. Back then it took two years to diagnose. First they thought she had chronic fatigue syndrome, yuppie disease. Then they felt she might have Lupus. They all appeared similar, which turned out to be unfortunate, as the treatment she received to deal with what they thought was Lupus, made the fibro worse for her. On her “good” days she only requires one forearm crutch, worse days take two, and bad days have her moving in a power wheelchair, if she can get out of bed at all.

She has become very computer-able because of being stuck inside so much. She has a friend who has a less intense version of the illness, and also spends a lot of time indoors, with four kids. To bleed off the stress, she took instruction in spinning yarn, and then taught my daughter, so that she would have something therapeutic and constructive to pass time with. There is just something so mindlessly calming about spinning, it is meditative to both the spinner and watcher alike, and the results are pretty too.

The daughter is now on her third spinning wheel. She sold number two, added money and bought number three. This one is a double-treadle model so that she can run it with both feet. The friend saved like mad and bought a custom wheel from British Columbia. It has six gears, like a bicycle. Even in second gear, it spews out yarn so fast she can barely keep up. She can’t imagine anyone fast enough to run it in sixth gear. She does fun, interesting stuff, like dying the yarn with Kool-Aid powder; it can produce some bright colours.

The daughter has learned a couple of ways to spin yarn without the wheel, including the use of a drop-spindle [she has 12 of them, 6 of which she made herself]. This is a system for making yarn & types of rope that was used before artisans began to build spinning wheels. Ancient Egyptian hieroglyphs show them using this method.  Evidence has been found in archaeology sites that have dated spinning going back much farther as well.

Did I say dog? Yes, any long fine fibre can be spun. A client’s poodle-cross was getting older, so she saved several trimmings, and the daughter spun it to yarn. The dog is gone, but the mitts live on. One of her closest friends has a poodle and they have saved his coat like a mini lamb’s fleece and several years’ worth was mixed with wool, spun into yarn and knitted into a lovely shawl. They are still saving his yearly ‘fleece’ in hopes of being able to make another project in the future.

My wife’s niece, who is also our massage therapist/osteopath, used to do a major grooming of her Malamute twice a year and she had saved two years’ worth of the clean fur. The daughter spun it with some lamb’s wool, and the wife knitted her a headband and a pair of mitts out of the yarn. The new Jack Russell terrier chewed a hole in the headband, but the daughter found a small amount of the fibres used in the original yarn, spun up another small batch and the wife dismantled the headband and repaired it.

I can barely play the radio. It’s the wife and daughter who are the creative ones. We tend to do certain things the old-fashioned way, if only to keep the skills in use. The daughter used mid-wives and home-birth for her son. She can spin and weave. She and the wife both knit and both crochet. The wife learned how to tat, which is the hand-production of lace, with tiny knots.

The co-worker who showed her how, was not a good teacher. There are slip-knots which must be rotated, so that they will slide to produce a loop. She didn’t explain this to the wife. We went to visit my parents for a weekend, and the wife was getting frustrated. She knew something was wrong, but not what. I had done a little study of knot theory, so I asked her to describe the problem. I had to go and get an eight-foot, heavy, black, telephone lead cord, so that she could see large-scale, what had to happen in miniature, but the light finally went on. Now when someone asks her who taught her to make lace, she claims I did.

The wife says that, sometimes she feels stupid when the son and I are discussing esoteric subjects like super-string theory, black holes, or just the precise usage of the English language. Both of us though, bask in the reflected glory of both these creative ladies’ abilities.

The daughter blogs as LadyRyl, http://ladyryl.wordpress.com/, and has an on-line catalogue of beautiful, hand crafted yarn, and some items already knitted or crocheted from it. I think it’s easily as pretty and useful as SightsandBytes’ sister’s glass jewellery. Perhaps some of the ladies might wish to have a look at it, and be as impressed with some old-fashioned productivity, as I am. On-line payment and shipping are available.