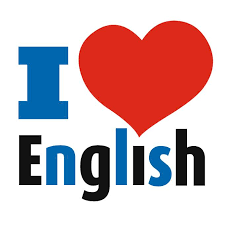 Comstockery – overzealous moral censorship of the fine arts and literature, often mistaking outspokenly honest works for salacious ones – related to
bowdlerism, which entails removing all the ‘naughty  bits’ from every book – except the Bible

Cri de Coeur – an anguished cry of distress or indignation; an outcry
used (occasionally) in English, but imported wholesale from French.  Oy Vey!!

Fractious – refractory or unruly; readily angered, peevish, irritable, quarrelsome
I don’t know how people can get like that.  I’m so mellow and easy to get along with.  I never argue.  I just explain why I’m right.

Hemidemisemiquaver – music; a sixty-fourth note
a half – of a half – of a half.  It happens so quickly, you don’t even notice it – like Speedy Gonzales said to his girlfriend, “This’ll be quick – wasn’t it?” 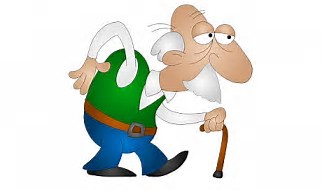 Hobbledehoy – an awkward, ungainly youth
1530–40; variant of hoberdyhoy, alliterative compound, equivalent to hoberd (variant of Roberd Robert) + -y2 + -hoy for boy
I am so glad that I am not a teen.  Now I am an awkward, ungainly old codger.  Don’t ask how I managed to trip over my own cane, or I’ll whack you with it.

Interrobang – A printed punctuation mark, available only in some typefaces, designed to combine the question mark (?) and the exclamation point (!), indicating a mixture of query and interjection, as after a rhetorical question
She added an Interrobang at the poem’s end to signal both excitement and confusion. 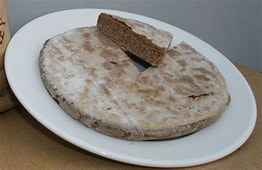 Bannock – a flat cake made of oatmeal, barley meal, etc., usually baked on a griddle.
Word origin – before 1000; Middle English bannok,Old English bannuc morsel <British Celtic; compare Scots Gaelic bannach – which brings us to
Bannockburn – which, despite Mel Gibson’s pack of lies inventive movie, Braveheart, is where the Scottish clans finally got together enough to hand the English army its ass, and achieve independence.  They did not scorch the wee cakes by leaving them on the griddle while they fought.  The word ‘burn’ in Scottish means a rivulet, a small stream.  This means that the ancestors of Scotland’s poet, Robbie Burns, came from a place where many small streams flowed.

Martinet – a strict disciplinarian, especially a military one: someone who stubbornly adheres to methods and rules – 1670–80; after General Jean Martinet (died 1672), French inventor of a system of drill

Mondegreen– a word or phrase resulting from a mishearing of another word or phrase, especially in a song or poem
We’ve all heard these.  Some of them are just hilarious.  C’mon, we’ve all created one…. Or more.
Excuse me while I kiss this guy. or  Slow-motion Walter, the fire-engine guy.
Not knowing much Spanish at the time, I thought the song ‘Guantanamera’ was about one ton of metal, and ‘I Fall To Pieces’ said I call you peaches.

Pogonip – An ice fog that forms in the mountain valleys of the western United States.

Suspiration – A long, deep sigh
It is with heavy heart that I have to admit I did not know this word.   aaaaahhhhhh

Silver-Tongued – persuasive, eloquent, well-spoken
which is not the same as being a cunning linguist.  She said, “I didn’t want to go out with him, until I learned that he had a wart on the end of his tongue.”

Tommyrot – nonsense, utter foolishness, balderdash (which is a short race for guys with no hair)
1880–85; tommy simpleton (see tomfool) + rot  See also, tomfoolery
British soldiers were not thought well of, and called Tommies.  Rudyard Kipling came to their support, in his poem, Tommy. 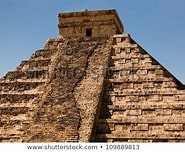 Ziggurat – (among the ancient Babylonians and Assyrians) a temple of Sumerian origin in the form of a pyramidal tower, consisting of a number of stories and having about the outside a broad ascent winding round the structure, presenting the appearance of a series of terraces.

I wasn’t going to include this word, because I thought it was just a pyramid scheme.  I have a scheme (it’s more rhombozoidal), to bring you back in a couple of days.  CU then   😀