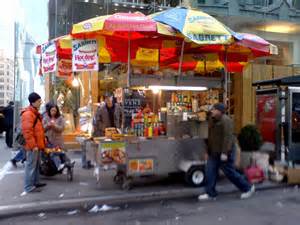 Two guys immigrate to America.  On their first
day off the boat they are wandering around New
York City seeing the sights.  As lunch time
approaches they decide they are hungry.  They
then come up to a street vendor selling hot dogs.

One says to the other in a shocked tone, “My God.
Do they eat dogs in America?”

“I don’t know!” says the other, equally appalled.

“Well,” says the first, “we’re going to be
Americans, so we must do as they do.”

The vendor hands them their food in a pair of
paper sacks.

The two immigrants sit on a park bench to eat
their lunch.  One looks inside his sack,
hesitates and turns to his partner and says,
“Uh, which part of the dog did you get?”

A young woman was so depressed that she decided
to end her life by throwing herself into the
ocean.  She went down to the docks and was about
to leap into the frigid water when a handsome
young sailor saw her tottering on the edge of the
pier crying.

He took pity on her and said,  “Look, you’ve got
a lot to  live for. I’m off to Europe in the
morning, and if you like, I can stow you away on
my ship.  I’ll take good care of you and bring
you food every day.”  Moving closer he slipped
his arm round her shoulder and added, “I’ll keep
you happy, and you’ll keep me happy.”

The girl nodded yes.  After all, what did she
have to lose?  That night, the sailor brought her
aboard and hid her in a lifeboat. From then on
every night he brought her three sandwiches and a
piece of fruit, and they made passionate love
until dawn.

Three weeks later, during a routine inspection,
she was discovered by the  captain.  “What are
you doing here?”  the Captain asked.

“I have an arrangement with one of the sailors,”
she explained. “I get food and a trip to Europe,
and he’s screwing me.”

“He sure is, lady,” the Captain said.  “This is
the Staten Island Ferry”

Did you hear about the lawyer who named his daughter Sue?

Hear about the psychic midget who escaped from
jail?

Yeah the headlines in the newspaper read
“SMALL MEDIUM AT LARGE”.

Little Matt is sitting in the back of math class,
obviously not paying any attention, when the
teacher calls his name. “Yeah teach?” he says.

“Well,teacher, I’ve got a question for you. There are
3 women that come out of an ice-cream parlor, one
is biting her ice-cream cone, one is licking it,
and one is sucking on it. Which one is married?”

The teacher is a little taken aback by the
question, but answers “Well, uh, gee Matt, I
guess the one that’s sucking on it.” “No teach,
the one that has the wedding ring on her finger,
but I like the way you’re thinking!”