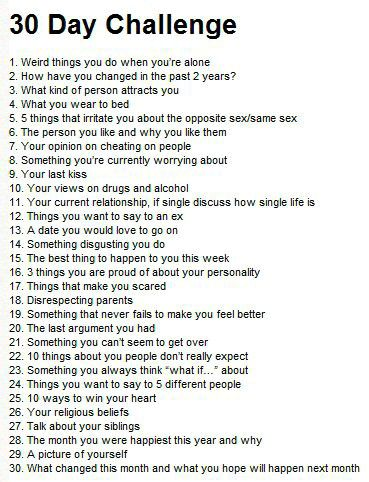 The challenge list composer has committed double jeopardy, so I’m going to join #3, and #6 together.

It seems to me that, the kind of person who attracts me, would also be the kind of person that I like.  The wording of #6 also confuses me.  Does the list compiler feel that I can only “like” one person at a time, or is this question supposed to be cumulative, like #3, and better worded as, The kind of person you like?

A lecturer at a company seminar explained about ‘the range’ of people that we can reach and get along with.  He had us imagine a peg-board with one peg in it.  Over the peg was a loop of string.  You could put your finger inside the loop, and swirl it around the peg.  You would only reach a limited number of other peg-holes.

You could move the peg, but you would only reach the same number of other holes, and they would be a completely different set from the first lot.  The most successful salesman types were the ones who could make their personality like a large elastic, and stretch to reach the entire board.

Like Mary’s little lamb, the kind of person that I like, is one who likes me.  I am not much interested in turning my personality into a rubber band.  Too soon, my scope would include Kardashians, Bible-thumpers, and penis-envy jerks who drive Hummers while wearing civilian clothes.

I like folks who like me for me, psychoses, warts and all.  I am what I am.  In a conversation with my son recently, he said, “I wonder what normal people are like?”  Those who I like, and would want to like me, would have to be intelligent, independent, free-thinking, educated, open-minded, and capable of handling the English language like a fidget-spinner.

I have been so fortunate with this blog site to, at least virtually, attract a considerable number of people like that.  I’ve had the good fortune, to travel and meet a couple of fellow-bloggers in person, and I’m whirling like that fidget spinner myself, at the thought of meeting another Dynamic Duo of them.  I only hope that, having attracted them, they will not find me a challenge to like in person, the way they did through the filter of the internet.  I’ll keep you posted.  😀