I can tell a judgemental person – just by looking at them.

Just when you might think that ‘Good Christians’ have reached the limit of the depths that they will sink to – someone starts digging.

I recently read a Christian’s blog-post.  Not an Apologist debater – merely a denizen of the American Bible-belt, publishing from just this side of the Westboro Baptist Church.

He went down-town to conduct some business, and saw a family of four get out of a car.  He just knew by looking at them, that they weren’t a Christian family.  The 7-9 year old daughter was wearing yoga pants – and he didn’t approve of yoga pants.

The mother had a Karen haircut – and you know what those Karens are like.  No, I don’t!  I don’t even know what a “Karen haircut” looks like.

I reached his post through an Atheism tag, although the word Atheism was not used in the entire article.  He very carefully skirted making that accusation.  He wrote, “I might be wrong, but I don’t think that I’m being too judgemental.”  Yes, you are, and with no proof or justification!  😯

What was most disturbing was that this was far from an isolated viewpoint.  The post was an hour old when I reached it, and already it had 7 likes from other self-appointed cultural/religious gatekeepers who agreed with him.

He may have been from Arkansas.  In a related (actually, two) story, 29 years ago, Arkansas banned yoga.  I don’t believe that the ban is state-wide, only in the schools.  🙄  We can’t allow our children to be exposed to that Asian voodoo stuff.  It might make them think hard enough to question Jesus.  All that stretching is way too sensual, and some of them poses might incite lust.  It’s a good thing that Sears went bankrupt.  At least they’re not mailing out those pornographic catalogues anymore.

You can mail all your dismay, disbelief, and disapproval to Archon c/o Archon’s Den.  I will mix it with liberal doses of kitty-litter siftings, and forward it where it will do the most good. 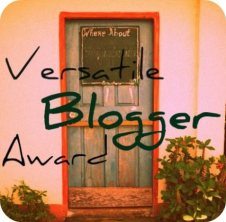 They almost missed me.  Here it is, awards season again, and once again I’ve been unfairly passed over.  Not a word from my adoring public.  I didn’t get one of those strange, un-named statues (?) that look like an op-art angel made of gold ribbon, at the amalgamated Canadian Screen Awards show, watched by all 12 people who give a damn.  Surely I’ve had a better story arc than that hit Canadian show….tee-hee-hee  Hold on a sec – I’ve gotta Wiki to find out what Canada considers a hit.

Nothing at the AMA show, even though I can sing better than that Carly Rae Jepsen kid, when the drugs and her ego wear off.  I’m gorgeous!  You deserve me!  Call me, maybe, if you get off on that child pornography charge.

I didn’t get a Golden Globe, although I saw a bunch of golden globes as I surfed by, on my way to a TV program that required both of my brain cells to be awake and functioning.  My buddy Seth MacFarlane woke the crowd at the Oscars up by singing about them.  We Saw Your Boobs!

I thought that the judges at the Oscars were a little nit-picky.  Apparently you actually have to be filmed doing something to get a statue.  My portrayal of a curmudgeonly old fart was much better than Clint Eastwood’s in Gran Torino, and I wander around talking to empty furniture all the time.

When I published my 100th post, four of them had been for various well-deserved blogging awards.  Soon to reach the 200 mark, I hadn’t been inflicted with another award.  I feared that perhaps I’d lost my mind touch, but then realized that, as awesome as you guys are, you were just too busy to render proper obeisance.

Edward Hotspur was out, spreading Technicolor Unicorn piss, Fairy dust and attitude.  Some of it settled as far as www.benzeknees.wordpress.com up in the Great White North.  Benze was using it to melt the ice, and get some traction, in her driveway, when a bit of it blew my way.  That’s why I’m now the proud owner of a gently used Versatile Blogger Award.

As usual, there’s a bunch of rules, and, as usual, because I’m lazy, and much like Mary, Mary – quite contrary – I’ll follow them, or not, as I see fit.  First, I’ve linked above.  Click to visit a nice lady with some interesting things to say.  Second, I want to thank Benze for having the good taste to honor me as I deserve.  Third, I’ve picked up a copy of the Award and displayed it at the top of this post.  If the wife and I can figure out how to do the insert-widget thing, I’m going to dress the place up a bit, by displaying some of these on the sideboard.

Next, I’m supposed to pass this award on to 15(!!??) other worthy bloggers, and comment on their site to let them know that they also can have a big bowl of this worship, with ice cream on it.  Ain’t gonna happen!!  Somebody convinced the dinosaurs to do that, and see what happened to them, extinct.  I should know.  I watched it happen.

If you’re on my blog-roll, and you want a copy of this pretty little picture and an excuse for a post, feel free to grab one.  I’ll testify in court for you.  If you’re not on my blog-roll, but still feel that you are deserving….I saw Nothinggg!  NNothingg!

Now I’m supposed to reveal seven facts about myself.  They’re supposed to be interesting; but I didn’t read anything that said they have to be true, so here goes.

I can still tie my own shoelaces, but I wear boots most of the time, so that I don’t have to bother.

My GPS co-ordinates put me as near as Damn It, to halfway from the equator to the North Pole.

Why is a mouse when it spins?  The answer, of course is, the higher, the fewer.

I would hate to be blind.  The eyesight is normal for my age, and requires glasses for close work.  I love reading and word puzzles and watch a fair amount of TV, much of it non-series.  However, I have always loved the dark, played in places as a kid where I couldn’t see my hand in front of my face.  I’ve been down in two Virginia caves, in one of which, the guide turned off the lights, and I experienced total darkness.  Aside from the waste of electricity, and the money to pay for it, my house always looks dark.  I put little 7-watt nightlights in each room, which cast just enough light to get safely from place to place, and only turn on lights where and when they’re needed.  I drive past houses at night which look like the Vegas strip, lights on outside, and in every room.  Are they insecure?

I walked to Ernest Hemingway’s house in Key West when I was there, and observed/studied it.  I didn’t go in.  I’m not sure tourists are permitted to go in, or if there’s a fee.  I did see several of his famous six-toed cats, and even managed to stoke one for a second or two.  They’re not feral, but they roam free, and are somewhat leery of strangers.

While I’ve been harassed a number of times in my life by police officers with nothing better to do than flex their legal muscles, I’ve never been arrested or charged with anything.  Some of my readers may find that interesting.  I did have an RCMP officer fingerprint me when I applied for a Security Guard licence.

If you’ve been counting my facts, because you know you can’t count on me, you know that this is the seventh.  I’ve run out of time and space, and want to thank you all very much for coming to this awards show.  Next time, try to dress a little better.

There is tact, and then there is over-the-top, bureaucratic-nonsense, political-correctness.  The New York City Board of Education clearly demonstrated the latter recently.  They put out tenders for the printing of new standardized student tests.  In an attempt to ensure that none of their students get their little feelings hurt, there was a list of 50 words/thoughts that could not be included, lest someone be offended.

Here is the complete list of words that they believe should be banned.

Incidentally, I notice that one of the words on the list is pornography. The chancellor has offered no explanation for how schools will avoid including this term on standardized tests considering it is part of the middle school curriculum.

The tests can’t refer to the number of birthday or Christmas presents Mary got, because Jews and Muslims don’t celebrate Christmas and Jehovah’s Witnesses don’t celebrate birthdays.  I see they didn’t include weather.  Presumably we can still discuss that.  Dinosaurs can’t be mentioned, because that assumes evolution.  Expensive presents and homes with pools would depress the financially downtrodden.  References to homelessness, job loss and poverty would just rub their noses in it.

I’m all for not offending the next guy, but this just seems to take it to the level of absurd.  This is George Orwell’s 1984.  If there isn’t a word to describe it, the concept doesn’t exist.  If either the potential offender, or the possibly offended actually knew what they were talking about, I might accept the concept, but neither does.

I worked with a young Jehovah’s Witness.  Shortly before Mother’s Day the inspector on the line asked him what he was doing for his mother.  “We don’t celebrate mothers.  We celebrate Jesus.  We do what the Bible tells us to do.”  One of the important passages in the Bible, perhaps THE most important, The Ten Commandments, orders us to, Honor Thy Father and Thy Mother!  Surely this applies to Jehovah’s Witnesses, as much as to the rest of us.

We can’t make it a nice world, just by wishing it so.  It would be nice if bad guys didn’t have, and use, guns.  Canada is still busy taking guns away from responsible owners.  A .22 calibre varmint rifle has been declared a dangerous weapon, and all of these guns sold in the last twenty years must be turned in to police, with no compensation.  The reason is, that they were designed to look like an AK47, and AK47s, by Government definition, are evil.

Seventeen states passed legislation allowing concealed carry for handguns.  Canadian pundits almost had a bird.  The words Hell, and hand basket, were bandied freely.  Two years later, gun-related crimes in those states are down an average of thirty-seven percent.  When the bad guys don’t know whether or not a potential victim might lethally fight back, they’re not so likely to commit a crime.

I don’t feel that the school system is doing students any favors when they pass them on to the next grade, even though they didn’t achieve the required marks.  They don’t want to make the students feel like failures.  Check the definition.  They are failures!  Better to find out now, than when the boss asks, Do you have that report finished? and you reply, Well, I’ve got some of it done.  Do you want fries with that?  Damn it Hopkins, the customer ordered onion rings.

If an inner-city black youth is not told about the existence of a $17,000,000 mansion, he is still stuck in poverty, and maybe, he thinks there’s nothing better.  If he finds out that other people live better, he has something to aspire to.  These words and ideas will exist whether kids are told about them or not.  I feel that there should be short-term pain for long-term resistance and health.  Like germs, continual, light exposure can produce immunity.  Remember, the ostrich with his head stuck in the sand, can still get it stuck up his….Ask me if I still feel this way in five years.