The word ‘Roundhouse’ has two, very different but connected meanings, so, for the letter 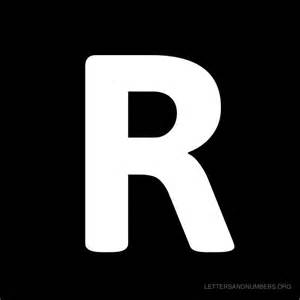 I’m going to tell you about them.

Roundhouse Slang. A punch in which the arm is typically brought straight out to the side or rear of the body and in which the fist describes an exaggerated circular motion.

This is a type of punch that is usually not thrown until a jab or a hook has stunned an opponent, and his defenses are (slightly) open, because it opens the defense of the fighter who is throwing it. The large circular motion is necessary to accumulate speed and striking power.

At the height of his career, I saw Bruce Lee demonstrate, what he called ‘A One Inch Punch.’ He stood before a sparring partner, tightly clenched his fist and held it 1 inch from his opponent’s chest.  He then wound up his ‘punching muscles’ while holding back, like a dragster revving the engine, but standing on the brakes.

When he had achieved maximum dynamic tension, he suddenly extended his arm, and the victim went stumbling backward. But that was not a punch! That was a push, a powerful push, but a push.  Even a dragster cannot achieve its top speed in its own length.  A punch requires time and distance to amass its total potential

a building for the servicing and repair of locomotives, built around a turntable in the form of some part of a circle.

My home town was the end of a railroad line. Another spur on the other side of the peninsula extended all the way to the northern tip.  Train engines can push backward, as well as pull forward, but pulling is more efficient.  Normally, at rails’ ends, and any other place where locomotives have to turn around, roundhouses are used to give them a 180° spin.

My town though, grew up because it was a Great Lakes Port. Besides the river docks, a long stone pier was built out to the offshore island, offering storm protection.  The railroad was used to carry freight from Lake Huron, to Toronto and Lake Ontario, before the building of the Welland Canal, to get past Niagara Falls – grain to flour mills, lumber to the factories, iron ore to the steel mills.

As the railroad came north into town, a spur line branched off, and ran west, out to the end of the dock. The spur line branched back, and joined the main line ending at the station, forming a giant Y, with an empty triangle inside it.  The engines and cars which needed to be reversed, were merely backed up, and run forward around the Y.

We never needed an expensive and maintenance-intensive roundhouse. We did have a big railway building that was large enough to house a couple of locomotives, and cars which needed repair, out of the weather.  We called it ‘the roundhouse,’ but no engines ever got dizzy on a roundabout.

Now, the trains are all long gone, the tracks ripped up, the right-of-way is a hiking trail, and all that’s left are my fond memories. That feels like a roundhouse punch.   😦  😯