By dark and dreary mundane passings, are clipped.  (Psst!  Wanna read some poetry?)

A travelling salesman approaches an old codger, sitting in a chair outside the flyspeck-town’s general store.
“Excuse me sir, do you know what time it is?”
“Oh, ‘bout Tuesday, ah reckon.”
“No sir, I need to know the correct time.  I have a train to catch.”
“Tuesday’s close enough.  Ain’t no train till Friday.”

Once, people toiled from sunup to sundown, not caring what time it was, and only vaguely knowing, when the church bells rang, to tell them that it was time to tithe.

As towns and cities grew, it became more important that most folks were doing things at the same time, so the Latin horas became English language hours.

Passing Time was chopped up into 1/60th pieces of the hours.  Compared to the ‘hours’, these little chunks were MINUTE (my-nyoot), and that’s what they were called.  The original meaning of, tiny, small, is still pronounced that way.  Centuries of mush-mouth slide have changed these chunks of time into MINUTES (minnits).

With the arrival of the Industrial Revolution, especially steam trains and their schedules, even smaller bits of time became necessary, and the MINUTES got carved into 60 smaller bits.  Since these were the SECOND smaller sections of the hour to be established, that was what they were called.

As modern technology relies more on computerized electronics, and even quantum services, time must be chopped up into finer and finer little portions.  The state-of-the-art technologists of even only a half century ago, would probably be astounded by the use of millisecond – thousandth, microsecond – millionth, nanosecond – billionth, and picosecond – trillionth.

It’s no wonder that Ethel GPS put me in Oregon, instead of Ohio.  She probably just needs new batteries in her watch.  I’ll watch to see if you stop by again soon.  😀

The Word Of this Week is one which I often run into while researching other words.  It is

Linguistics. descended from the same language or form:
such cognate languages as French and Spanish.
or; allied or similar in nature or quality.

For example, I will get ‘hound’ – a type of dog – (cogn. German, ‘hund’) showing where the word came from. (etymology)

It is a cousin to recognize, the action of again (re)perceiving someone’s familiar identity.

My Mother insisted that I not harass my brother by calling him stupid. She told me that people will live up (or down) to your expectations.  When he was three years old, my grandson told me that he could neckerize someone.  His pronunciation was a bit off, as many small children’s is, but his usage was right on.

As we did with our children, his mother never talked down to him. When our kids were young, we had neighbors who we were friends with.  Their son was my son’s age.  Forget ‘snips and snails and puppy dogs’ tails,’ this kid was made of high-tensile springs; forever skipping, running or hopping.  One day, the mother asked my wife, “Does your son never shut up?”  My wife rejoined, “Does yours never walk anywhere?”

Another time, Skippy’s mom suddenly complained, “Why don’t you ever talk to your kids like they’re children? How come you’re always using big words?  They don’t understand them.”

As the boys neared the end of Grade 7, they found that Skippy was failing English, and might be held back. My wife commiserated, and suggested that he might need some extra help.  Suddenly the accusation changed to, “It’s all right for you and your kid.  You’ve always used adult language with him.  No wonder he does well in English.”

My adopted cognomen is Archon, a name (cogn. Latin, nomen – name) with the same meaning as Grumpy Old Dude.   👿

Well, we have zigged, and zagged our way to the bottom of the alphabet.  It all comes down to Ground Zero, at zero hour, in zero gravity, with zero thought, to write the final composition for the letter

a letter that the Dutch explorers, traders and colonists already present, especially around the area that would become New York City, taught the newly arriving English settlers of America to pronounce as ‘zee’, a mere 400 years ago.  Think ‘Zuider Zee.’  The rest of the English-speaking world uses the Froggy French pronunciation, ‘zed’, imposed by the Norman invaders of England, almost a millennium ago.

For all you hockey nuts (and you have to be nuts to regard hockey as anything more than mildly interesting time-wasting), I thought that I would write about Zamboni.  That’s the ice-resurfacing machine that drives around the skating surface between periods. 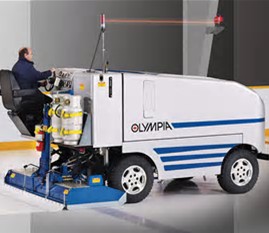 Then I thought better of it, and decided to give you a little more local history/geography/commerce. About 15 miles north of where I live, up in Pennsylvania-Dutch, Mennonite territory, is the large town/small city (10,000) of Elmira, Ontario.

Twenty-five years ago, the Schlupp family (doesn’t that name sound Mennonite?) reverse-engineered the Zamboni, and began producing Olympia machines at a company called Resurfice.  There are various sizes, and gasoline and electric models.  They will do what the Zamboni will do, at a better price – and they are Canadian-made.

They’ve had to fight the ‘Kleenex viewpoint’, which says that every facial tissue is ‘Kleenex’, even when it’s Puffs, or Royale, but their sales are steady, and increasing, even in the US.  Despite the Zamboni brand-name recognition, and allowing for some bragging, Resurfice sells 50% to 70% of machines in North America.

The ‘Kleenex viewpoint’ is visible in an online court brief, apparently posted by a relative of an idiot complainant trying to sue poor Resurfice.

→ Hanke was the operator of an zamboni
→ Overfilled the gas tank of the machine, releasing vapourized gas which was ignited by an overhead heather
→ The ensuing explosion and fire caused Hanke to be badly burned
→ Hanke sued the zamboni maker for negligence (design defect), arguing that the gas and water tanks were similar in appearance and close together on the machine, making it easy to confuse the two.

English rules of construction insist on the word ‘a’ before another word beginning with a consonant.  It should be ‘a Zamboni,’ with a capital Z – except, it wasn’t a ‘Zamboni’, it was a Resurfice Olympia.  The genius operator pumped water into the gasoline tank in an area with open flame.  His genius brother (cousin?) writes, in a court brief, of an ‘overhead heather’, and repeats the incorrect, uncapitalized ‘zamboni’ again.

If I have poked fun at places like Newfoundland, or Alabama, I humbly apologise, and acknowledge the existence of local possessors of ‘a glorious lack of sophistication.’ 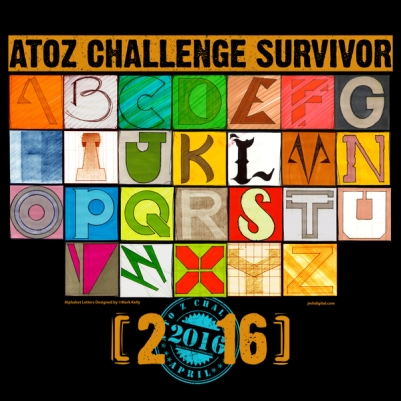 I thank all of you who have followed me through the alphabet. I’m trying to decide if it’s worthwhile or possible to do it again this/next year.  This free-style, pick-and-choose method didn’t work out as well as I’d hoped.  Perhaps next time I could do a themed version, possibly A to Z wild life, from Ants to Zebras. Wild life could include C for College dorm parties.  Or A to Z in musical groups, from AC/DC to ZZ Top.  In the meantime, I’m going to take a copy of that ‘Survivor’ image, and go have (another) nap.  I suggest you all do the same.  We’ve all earned some ZZZZZZs.   😀

The Word Of this Week is;
Shivoo

Look out! There’s been a mudslide.  The mundane mumble-tongues couldn’t understand, remember or pronounce the EYEtalian word Charivari, so it slid down the linguistic hill, and entered the English language as

noun (US & Canadian)
a discordant mock serenade to newlyweds, made with pans, kettles, etc.
a confused noise; din

Then it made its way by tramp steamer to Australia, land of kangaroos, platypuses, and Diggers who can’t handle three-syllable words, where it ended its ignominious tumble, as the Abo word

This is like the story from several years ago, where a Florida woman had been brain-dead from an accident for five years. Her husband wanted to pull the plug on the life-support machine and achieve closure, but her Catholic parents fought him in the courts.

His/their family name was Chiavo, and even the more intelligent of the TV talking heads insisted on pronouncing it Shy-voe, when any good Italian made three syllables of it, and pronounced it Shee-ah-voe.

Out among the street trash, one could get kicked in the nuts, or the balls. Some tried to describe being mugged with a more upscale word.  Whether it was too intellectual, or simply too long to say, gonads quickly shrank to ‘nads.  The mud has slud even further.  Now, ‘nad’ is (mis)pronounced nard, a word which used to mean ‘an ointment used by the ancients.’

Jimmy Cliff sang I Can See Clearly Now. If we could get more of the great unwashed to hear and pronounce clearly, communication and comprehension would benefit greatly.   😯