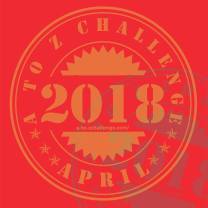 It was inevitable, destined, pre-ordained, foretold even, that the blog post for the letter D, would be about

Like the belief in the unprovable God, I don’t believe in any of the above.  According to some of the smartest guys in the world, the flow of time is continuous and one-way only.  While a lot of con-artists people have claimed to be able to see the future, and a lot of gullible marks buy into it, no-one has ever proved that they’ve done it.

The Bible and the Christian religion are full of ‘The Prophets.’  I see a bunch of guys who made a lot of vague statements, and then took credit when something obvious occurred.  Even the Prophet(?), Elijah, who ‘predicted’ the birth of Christ, got it wrong.  He stated that the Messiah would be named Emmanuel.  He gave his ‘prophesy’ to a Hebrew king as a guarantee that he would win an upcoming battle.  Instead, the king lost the war, his city, and his life.

Ever the cynic, my Father told me that fortune-tellers made ‘predictions’ like, “You will pass water twice before you return home.”  Well, piss on that!  There are many things in life that we can’t control, but instead of paying some swindler to predict the future for us, we would all be better off getting off our tuffets, (What??  It worked for Miss Muffet.) and working toward something rewarding ourselves.  For anyone who doesn’t, I predict a destiny of poverty and disappointment.  There are profits in being prophets.

I can’t predict that all you lovely readers will return in a couple of days – but I prophesy that I sure would like it if you do.  C’mon, help me turn some profits in my stats.  😀

Note: This was published later than usual for me because of an internet outage in my area.  Please forgive me; I haven’t forsaken you, my lovely audience.