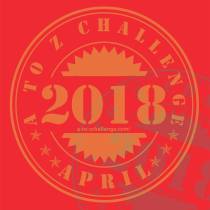 When is a door not a door??  When it’s ajar.  When is an obsession not an obsession??  Are we obsessed if we always do the same things the same way, or is it that, through observation and practice, we have found the best way??  I’m not stubborn.  My way is just right.

Even if we don’t have to seek professional help, most of us have a thing or few that we’re a bit obsessive about.  My father was obsessive about putting butter on bread: actually, about NOT putting butter on bread.  Somehow it disturbed him to have a bit of unused butter on his knife when his bread was covered.  He hated to have to scrape the excess off against the edge of the butter dish.  It could take him 3 or 4 tiny little diminishing dabs, to complete his task.

Since the wife’s life centers around food and cooking, so do her obsessions.  We own 3 butter knives, another household item not common in our social/financial neighborhood.  She uses one to add dabs of margarine to a casserole of scalloped potatoes, as she assembles it, or to spread pâté on rolls or crackers….  because, apparently, a kitchen knife won’t do it.

As a teen, an older sister impressed upon her that, “All dishes have to be washed in a sinkful of hot, soapy water.”  Not a bad idea on its own, but – we own 4 or 5 sets of measuring spoons.  If a recipe calls for a tablespoon of sugar, a teaspoon of salt, and a half-teaspoon of cinnamon, she measures out the tablespoon of sugar.  Sugar doesn’t stick to slick, stainless steel spoons.  If it did, I would wipe off an offending grain or two with a dishcloth.  The other size spoons aren’t used but, she throws the entire set into the sink, to be washed.

I remember the first time she caught observed me cleaning out a saucepan of reheated chilli and eating with a spatula.  We don’t do that at our house.

She ‘translated’ cooking instructions for a rice maker, from Imperial, to Metric, and came up with the weight of rice at 389 grams.  I obsess about that ’messy’ looking number, and use a nice, round, 390 grams without ever telling her.  It’s almost as bad as the swishy little women’s section editor in our paper, who published instructions to chill something down to the freezing mark, 0 degrees Celsius….or 33 degrees Fahrenheit.  I obsessively called him and asked how in Hell he’d got 33 degrees.  He just figured it out with his calculator.

My obsessions center around the English language, and word usage.  If you’ve read any of my word posts, like last year’s rant, you know how I like to poke fun at lazy, stupid, unthinking misusages, especially by professionals.  Things like the headline, “Pope considers taking “leave.”  Taking “leave,” is a Lieutenant-Colonel with 30-days of R&R – a temporary absence.  What they meant to punctuate was, “Pope considers “taking leave,” as in, a resignation, a retirement, a permanent giving up of the post of Pope, the way that Benny The Dick wisely did.

The headline writer took leave of his education and training.  I don’t want you to take leave of this site.  See you back here soon??  Please!  🙂

Five words that describe me
Listed below are five words I feel describe me and why I picked them.

Here’s what he has to say, and what I have to say about that.

I too am determined, or perhaps stubborn, or obstinate, or even possibly obdurate.  I feel if a thing is worth starting, it is worth completing.  Please disregard any previous mentions of procrastination.  It is perhaps why I have been married to the same woman for over 50 years.  I please myself by thinking that a lesser man would have beaten, strangled, or divorced her.  Of course, I don’t say that out loud.  I am no great prize.  She picked me off the “Reduced For Quick Sale” rack.  All sales final – No deposit, No return.  😯

So I’ve got a 147 IQ, so what?  I wear slip-on/off boots so that I don’t have to know how to tie shoes.  Then I spend paragraphs telling you about it….verbose, loquacious, garrulous, rambling.   How alike we are!  Let’s ramble on to the next point.

Did anybody actually hear me say that about myself??!  No, of course not, I’m here at the computer, alone.

Here’s where the 40/50 years ago comes in.  When I was young, I swam, and sledded, and ice-skated and roller-skated.  I biked all over our small town.  I hiked through the nearby bush-lot, and walked across lake-ice to the island.  Occasionally I would walk 5 miles home from high school, if I couldn’t get a ride hitch-hiking.  Now, my exercise program is a little less hectic, and is accomplished mostly inside our house.

The nerdy/geekier the better.  I know a muon from a pion – and a prion….rare earths, noble metals, inert gases.  I still play Solitaire and Mah Jongg, on the computer (Doesn’t everyone?), and I’m thinking of purchasing a copy of Tetris.  It’s great for spatial manipulation practice.  I’m not into the MMORPG type of games. 1 – I’m a loner, and 2 – I apply Occam’s razor.  There is no need to make things unnecessarily complex.

Dr. Who??!  Yes please!  Been watching the show for almost 50 years – can hardly wait till the new lady Doctor is released in North America, in November.  DC Comics had been around before I was born, but I watched the birth of Marvel, and read them both.  I like Marvel’s flawed heroes better than DC’s brooding navel-gazers.  I’ve seen several Marvel movies, including both of the Deadpool ones.

The printed comics were fun, but the movies are just getting out of hand.  They’ve become only an excuse to make more money, like the Beach Boys.  After exhausting every surfing and hot rod theme on the West coast, they came East, to sing about a Caribbean paradise named Kokomo, which I thought was in Indiana.

If you didn’t already, you now know some things about me – including the fact that I’ll plagiarize someone else’s theme, to get one for myself.  I’m not the only one.  Rochelle’s blog-site warns you to be nice, or you could end up in her novel.  I’d like for you to end up back here again, soon.  Seeya!   😎  🌯