I’M OVER THE MOON

On the kitchen table??

I looked there. I gave it to you to carry in from the car. Where did you put it?

It’s got important papers, a report that needs to be finished or I could get fired.
I look to Heaven and plead, ‘Where is my….’
Why is it on the skylight???

Oh yeah! I wondered if I could throw it over the house. Musta landed there.

Get the ladder, and get it down, safely! Gahh – teenagers! Honey, could we trade him for a gerbil? 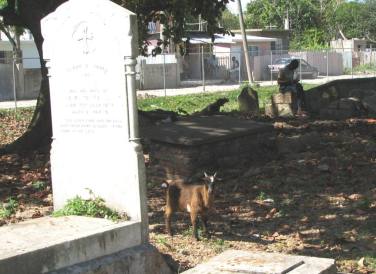 He loved going for a walk, or sitting, in the graveyard beside his house, for solitude or inspiration as he worked on his book.  The residents were quiet and well-behaved, so unlike his redneck neighbors on the other side.

Bitch, bitch, bitch;
Your grass is too long…. So he mowed it.
I’m on the night shift this week. You woke me.
And that harpy wife of his – nude back yard sunbathing??! – on a street of two-story houses.  😯
That was a sight that couldn’t be unseen.  Claimed she had an 18-year-old’s body, but got it all wrinkled.

They get my goat.

His engineering consulting firm had finally taken off. The obvious benefits included some nice income. He had been able to purchase a small estate property beyond the city.

One of the drawbacks was being away from his home and family, sometimes for weeks. His wife had been pushing for an in-ground pool. “The kids would love it!” He said he’d do some research. She replied that she’d already been checking. What a surprise.

His latest ‘three-week project’ had stretched almost six weeks. When he finally returned home, she dragged him to the rear door. “How do you like our pool?”   😮

Unlike many weeks, I waited till Friday, to post my Friday Fictioneer story. By doing that, this is 9/11! Fourteen years ago today, the Twin Towers fell. The snake is still in the Garden. Remember! Respect! Refuse to capitulate!

On Thinking Of My Love

And love Thee; And need Thee; And have Thee not,
Yet the Light of Thy Presence banishes the darkness of my loneliness,
Joy and sweet Happiness personified.

But the great pinions which would fly to Thee
By dark and dreary mundane passings, are clipped.

Oh Beauteous One!  Sweet life itself Thou art to me.
Full well know I Thou art my soul,
And my heart be not full and complete without Thee.

And forget Thee?
Say nay!!  For with me always art Thou,
In both angelic face and soul,
In sweet remembrance.

Thy kind, pure person,
With ever-happy, smiling countenance
And silvern, crystal laughter,
Desire I by my side.

Yet despair not and nor will I.
Soon, Love, shall we be rejoined,
That I may again drink deep of the pure, clear stream
Of my devotion, and offer Thee

On humble knees,
The obeisance
Of my love to thee.

Phoenix-Maker Thou art; Truly,
Shaper of Fate and Fortune,
To burn away the nothing detritus
Of a nowhere life,

And from the ashes, draw,
Hot and molten, the nub of an almost forgotten past,
To be forged on the anvil of Reality,
Into a tool with which to garner a fuller future.

Guide Thou art, taking by the hand
A soul, lost in the wilds of mediocrity and suburbia,
Drawing a willing spirit past
The traps and pitfalls and morés
Of reliability, and respectability, and responsibility,

To a haven of a life to be lived
And savored and enjoyed,
Not merely observed and endured.

Friend Thou art, and much, much more.
Lover even, to give of the heart and soul and mind and body
To one so unworthy of Thee.

Treat me as Thou will,
Yet I hope it be not ill.
Spurn me not, nor leave me lonely,
For now Thou art my one and only.

In the ongoing Autumn Housecleaning, I came upon this, one of my first (and fortunately few) love poems, in free verse and archaic language.  The wife and I are coming up 48 years married, so you can imagine how old this attempt is.  Be kind to the callow 21-year-old me, who thought he could impress a woman with poetry.   🙄

The Care and Operation of a Rotary Power Lawn Mower

The rotary power lawn mower is a boon to shiftless suburbanites whose lawns are full of Dandelion, buckthorn, and other weeds too tall for the conventional reel-type mower.  The rotary power mower however, is not an unmixed blessing.  Unseen sticks and stones, to say nothing of unburied rocks, will raise Hell with the blades.  So will nails, bits of wire, and other metal debris.

These problems fade into insignificance though, when compared with the unhappy result of running this type of mower over newly deposited dog shit.  Until you have had your shoes shined with pulverized dog shit, you cannot appreciate the extent of this problem.

Now cat shit, to be sure, smells far worse, but cats, as everybody knows, are more careful to cover up their waste than are dogs.  Moreover, cats do not shit as much as dogs, unless you have a very large cat, or a very small dog.

The obvious drawback to this method of combating the problem, is that one of your neighbors might buy a cow, and train it to shit on your lawn.  It has been estimated that a rotary power mower, operating at 3750 RPM can hurl a normal cow flap as high as a second storey window, and over an area of 5000 square feet.

Building a fence is a second possible solution, but it is expensive.  Also, it is no good unless you can train the wife and kids to keep the gate shut.  Then too, some dogs will jump the fence, even when full of shit.

There are various commercial preparations, sold mostly to evil-minded old ladies, which are supposed to stop dogs from screwing lady dogs on your front porch, pissing on your shrubs, and shitting on your lawn.  These chemicals are worthless however, since it is second nature for dogs to screw and piss.  A dog’s philosophy in life is, “Anything you can’t eat or screw, then piss on it!”

This then leaves three other possible solutions:

Having previously told you what it’s like when you create a little odor, this is what it’s all about when you really get down to business

That’s the kind where feel the shit coming out, have shit on the toilet paper, but there’s no shit in the toilet.

The kind where you shit it out, see it in the toilet, but there’s nothing on the paper.

The kind where you wipe your butt 30 times, but it still feels unwiped.  So you have to put some toilet paper between your butt and your underwear, so you don’t ruin them with a brown stain.

It happens when you’re done shitting.  You’ve pulled up your pants, and then you realize you have to shit some more.

The kind where you strain so much to get it out, that you practically have a stroke.

The kind where you lose 30 pounds.

The kind of shit that is so huge that you’re afraid to flush the toilet without breaking it into a few pieces with the toilet brush.

That’s the kind of shit you have the morning after a long night of drinking.  Its most noticeable trait is the tread marks left on the bottom of the toilet.

It’s the kind where you want to shit, but all you can do is sit on the toilet, cramped, and fart a few times.

That’s the kind where it hurts so much coming out, that you swear it was leaving you sideways.

That’s the kind that comes out so fast that your ass cheeks get splashed with toilet water.

A class all its own

That’s the kind that is so huge that it stands out of the water and waves at you.  You remove the toilet paper, grab a camera, and take a picture for the World Book of Records.