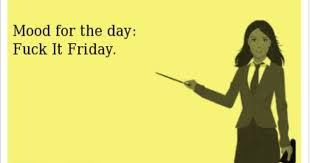 I was going to publish this post earlier, but I didn’t remember to.   😳  A previous A To Z was about the word “Forgettery.”  This one’s about the same thing, just with the slightly more upscale name of

The act of forgetting Oblivescence dates from the late 19th century and is a later spelling of obliviscence, which dates from the late 18th century. The spelling oblivescence arose by influence of the far more common suffix -escence. The English noun is a derivative of the Latin verb oblīviscī “to forget,” literally “to wipe away, smooth over.” The Latin verb is composed of the prefix ob- “away, against” and the same root as the adjective lēvis “smooth.”

Oblivescence has such a rich, round, regal sound to it. Today’s modern society is so chock-full of need-to-know technical knowledge, that the history, pride and good manners of our more elegant past are being forgotten.  There was a time when you could call another man a liar without calling him a liar, by saying that his claim was ‘mendacity, Sir.’

Today’s schoolchildren are not taught to add, subtract, multiply or divide. Rather, they are trained to use a calculator.  There’s one inside every computer and Smart phone. “Siri, how much is 12 times 17?” They are not taught cursive writing, but rather how to use a keyboard, or even a little touchscreen.  Kids have forgotten how to pick up and use pencils, pens and crayons, but will soon evolve powerful thumbs from texting.

We have forgotten how to debate, or even how to have a polite conversation with those who don’t totally agree with us. Society has forgotten good manners and tolerance.  We, as writers, should attempt to help others recall kind acceptance.  Remember what your Mother taught you; “Play nice with others!”   😀