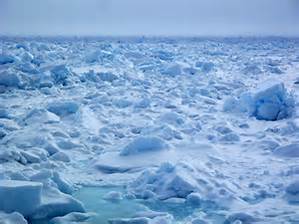 Recently, it seems that there’s a lot of people, who want to know a lot, about a lot of other people. A while ago, I published a post in two parts – 31 Facts In 31 Days.  Scarcely had I put it up, than I found another, apparently compiled by the neighborhood pervert voyeur.  It contained questions like, “What do you wear to bed?” There’s not enough vodka or trained psychiatrists in the world, for me to get into that.

This one is called Icebreaker, and can also be used at large meetings and seminars where people don’t know each other. Although, by the time you fill yours out, and read everybody else’s, I don’t know how much time would be left to actually get anything productive done.  I guess that’s what big meetings are like anyway.  It’s probably better than Angry Birds, Candy Crush, or Words With Friends.

This old Iceberg broke off the parent glacier about five years ago. It has been drifting down and blocking the blog-lanes ever since – a publishing hazard to sanity and good taste.  I thought in that time that I had pretty much revealed all, perhaps not though.  If you have the guts and the stamina, read on MacDuff.

Are you named after someone?
My paternal grandfather was Howard. My father was Cyril Howard.  There was a whiny kid in my town who everyone called ‘Howie’, and I grew to hate the name, so I never admit that my second name is Howard.
When is the last time you cried?
Guys cry??  Okay, okay – the last time I heard a real feel-good, beat-the-odds story, my eyes leaked – a little.
Do you like your handwriting?
Dear Lord no! With my tremor, my writing looks like a chicken on meth walked across an ink pad.
What is your favorite lunch meat?
Spicy Tokay or Mexican, salami
How many kids do you have?
Three, one of each….no, wait, just daughter, LadyRyl, and son Shimoniac.
If you were another person, would you be friends with you?
I’d have to be a member of a select group, because of my take-no-prisoners attitude and opinions, but, yes!
Do you use sarcasm?
Are you F**king kidding??  Hell yes!
Do you still have your tonsils?
No. Back when it was all the rage (1950), a surgeon cut my throat.
Would you bungee jump?
I have to take care of an increasingly fragile old body, but I would say yes – maybe till I got to the edge.  I’d like to skydive, into my bucket list.
What is your favorite cereal?
Spoon Sized Shredded Wheat, with strawberries
Do you untie your shoes when you take them off?
I wear (cowboy) boots – no laces. When I don’t, I do.
Do you think you are strong? Physically?  More so than most men my age.  Mentally?  Emotionally?  Probably the same answer
What is your favorite ice cream?
In a bowl, or cone – Black Cherry.  With cake or pie – French Vanilla
What is the first thing you notice about people?
Often, how they inter-react with others, including me
Red or pink? I am seldom understated.  Intense blue, purple or green.  If I must – red.  It makes a statement.
What is the least favorite thing you like about yourself?
My increasingly failing memory, thank (insert your favorite deity) for search engines
What color pants and shoes are you wearing right now? In the privacy of my own computer room??  You should be reading this with your eyes closed.  Dark blue track shorts and slippers.
What was the last thing you ate?
A small slab of white cake with some 10% cream and diced peaches
What are you listening to right now?
The sounds of both my allergic cat, and dog, snoring, as they lie guarding me
If you were a crayon, what color would you be?
Plaid?  Probably Royal Blue
What are your favorite smells?
Oh, so many….wood smoke, rustling dry leaves, frying bacon
Who was the last person you spoke to on the phone?
Some Paki named ‘Kevin’, who wanted to clean my ducts.  I told him to….
Favorite sport to watch?
Pretty much stopped watching TV.  Almost watch no sports.  Maybe American Pro Football
Real hair color?
I’d like to say black, but that was then, and this, is now mostly white.
Eye color?
Brown.
Do you wear contacts?
It’s all the wife can do to get me to wear my glasses.  Frightened as a child by the Three Stooges, I don’t poke my own finger in my eyes.
Favorite food to eat?
Yes please.  Probably tonight’s supper – potato pancakes
Scary movies or happy endings?
Some big explosions, car chases, gun fights, a little Punch and Judo, people hanging off tall buildings – that can be scary.  Then the bad guys are defeated, and it’s all a happy ending.
Last movie you watched?
Star Trek Into Darkness….see above
What color shirt are you wearing?
Maker claims it’s ‘Dusty Blue’.  I say it’s Steel Blue (greyish-blue), one of my more subdued shades.
Summer or winter?
Autumn!  If I must choose….Summer.  I don’t have to shovel rain.
Hugs or kisses?
Depends on the time, place and person….and if anybody’s watching
What book are you reading?
John Brunner – Wrong End of Time, Tom Clancy (actually, Mark Greaney) – Support And Defend, James Rollins – Devil Colony
What is on your mousepad?
Cat hair
What is the last TV program you watched?
Bones
What is the best sound?
One or more of my cats purring, preferably in my lap
Rolling Stones or The Beatles?
Different strokes for different folks – a bit, but not too much, of both, liberally mixed with many others.
What is the farthest you have traveled?
Since all trips have to be by car, I drove to Key West, Florida – 2765 Km = 1730 mi.
Do you have a special talent?
Yes!
Where were you born?
In the front bedroom of the family home, in Southampton, Ontario, Canada.